VALERIE CLOSE, EDITOR - May 4th, 2021 9:08 pm
I had forgotten that along with launching a new website, it might look good, function well and give you no problems, until you move the silly thing to the new home web address. I'd been looking at it and had been driving my web guy, who is the real brains behind the operation nuts with my many ideas and changing my mind on ideas.Today I was trying to explain what it was doing on my end of it.

Thank you from the Smith Family

VINTON TODAY - April 29th, 2021 7:54 pm
"The family of Sergeant Jim Smith would like to thank the Independence community, our church families, citizens from across America, Iowa COPS, Governor Reynolds and other leaders of this state, the Iowa State Patrol and his brothers and sisters in blue for helping us through this very difficult time. Your support was, and still is, incredible as we navigate through life without our Superhero.
advertiser content 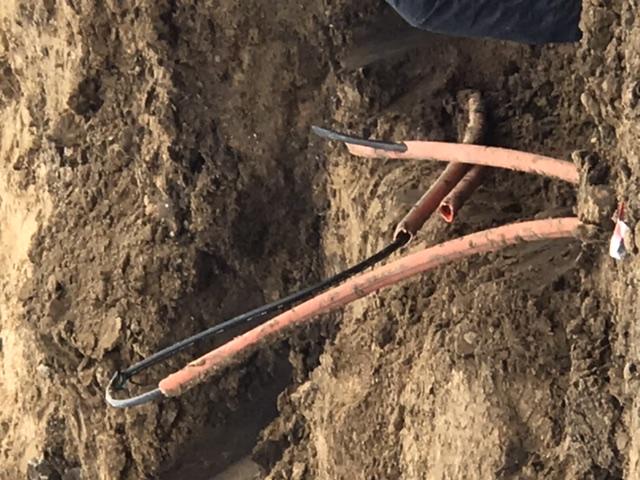 Updated: Service was restored at approximately 9:15 pm. For the second time, iVinton was hit by Boomerang Corp. as the two competed for underground space. Unofficial word is that Boomerang had cut service lines twice today. The first time along 10th St. The second time it has still been unconfirmed of where the cut has been made. However, it appears that it is on the 2nd Ave.

Letter to the Editor: Thank You Vinton!

VINTON TODAY - April 13th, 2021 12:35 am
These past few days have once again reminded Julie and me how wonderful the people of Vinton are and have been for the past 32 years. We just sat down to relax after spending the past 3 hours reliving memories with old and new friends at Total Balance. It was a reception that we will always cherish as we [st] off to Dubuque. Our good friends at Bethlehem Lutheran, Tilford Elementary School, Vinton Unlimited, and countless close friends have also shared memories with us in their homes, along the street, or on Facebook.

Iowa Passes “Constitutional Carry” Just what does that mean?

VINTON TODAY - April 9th, 2021 4:41 am
So, Governor Reynolds has signed HF756. It’s being referred widely as the “Constitutional Carry” bill – meaning that a citizen of Iowa derives their right to carry a weapon from the 2nd Amendment to the US Constitution. So what has changed . . . and what hasn’t?As a disclaimer – I am not an attorney, nor do I play one on TV, Netflix or Prime.

Letter to the Editor: Hint of Impropriety

VINTON TODAY - April 7th, 2021 3:51 pm
Dear Editor,Does the Mayor's employer winning bids for the City hint at improriety ? Iowa Code 362.5 Interest in public contract prohibited — exceptions.3. The provisions of this section do not apply to: d. Contracts made by a city, upon competitive bid in writing, publicly invited and opened.If you stopped reading Iowa Code 362.5 at the end of 362.

Letter to the Editor: A note from and unhyphenated Patriot American

VINTON TODAY - April 2nd, 2021 1:08 pm
Editor:First off I am an unhyphenated Patriotic American, but I have been called a “bitter clinger”, a “deplorable –irreconcilable”, and lately a “Neanderthal” thinker.  And now according to Leonard Pitts’ opinion piece in the April 1 DMREG – I am a coward, liar, and a fool because I do not fall for the Liberal/Marxist/Communist wing of the Democrat party.

Getting back to nature

VALERIE CLOSE, EDITOR - March 25th, 2021 10:29 pm
If there’s one thing I can’t stand it’s a stupid person. Well, people without common sense I should say. And then I became one.I used to be in that smart group, the ones with common sense. The shook my head at the people that did stupid things. Do you remember the segment on Jay Leno's show called "Stupid Criminals?" It was a segment highlighting things that the criminals did that usually got them caught.

Letter to the Editor: Deference

VINTON TODAY - March 19th, 2021 1:36 am
Editor:Aurora Borealis ---- https://biggeekdad.com/2016/02/northern-lights-in-finland/It is weird flying through green clouds, but beautiful and awesome at the same time.I witnessed this phenomenon over 50yrs ago while on Active Duty USAF.  I was based at Walker AFB, Roswell, New Mexico.  This mission was out of a base in Alaska.  Our KC-135 Stratotanker was as full of JP-4 fuel as temperature and runway length would allow.

On this day 11 years ago

The last few years my ability to remember to send birthday cards, or say "Happy Anniversary" to my kids has just fallen off the radar. It's not that I don't wish them all the best and love them to pieces, I just can't seem to juggle everything. Today Facebook popped up with their memories of what I had posted. It's a good thing they have one because obviously I don't.
View Page
1234567891011
advertiser content