VSU SWIM TEAM - September 19th, 2021 5:46 pm
VSU swam at LinnMar with Tipton on Thursday night. Results are attached. Justyce Dominick won the 50 Freestyle in her fastest time this season. The girls have had some good times, we are happy with how the night went!

Fans to pick The Bullring’s Best throughout the off-season

IMCA - September 15th, 2021 12:04 pm
Who are the best drivers in track history at Benton County Speedway "The Bullring?"Race fans are about to have their say.An interactive competition will pit the best drivers in track history head-to-head throughout the entire off-season, allowing race fans their chance to vote on who they feel are the best racers in speedway history.Drivers in the Modified, Stock Car, SportMod, Hobby Stock and Sport Compact divisions were compiled based on their achievements in weekly racing history on the Vinton oval.
advertiser content

Vikette volleyball 2-2 at the Mustang Invitational

SAGE HOLMES, VT SPORTSWRITER - September 14th, 2021 12:40 pm
Vikette volleyball goes 2-2 at the Mustang InvitationalLeGRAND - The Vinton-Shellsburg Vikette varsity volleyball team took to LeGrand and East Marshall High School for the Mustang Invitational, where they took on the Iowa Valley Tigers, Hudson Pirates, Des Moines Lions, and Benton Bobcats. They defeated the Tigers and Pirates, 2-0, lost to the Lions 2-1 and lost to Bobcats 2-0. 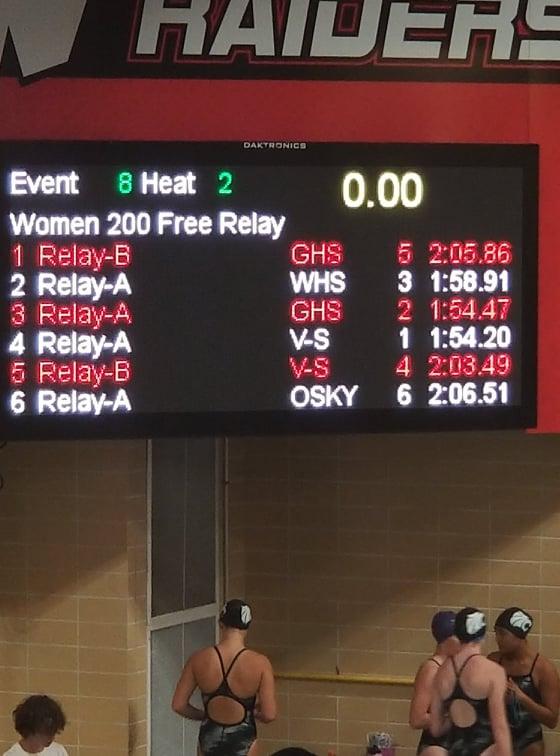 VSU swimmers had a great night in the pool last night! VSU came out atop the team standings against Grinnell, Keokuk, Centerville, Oskaloosa and host Williamsburg in a 6-team invitational. All of the girls put in a great effort, posting great times and supporting all their teammates along the way. It was a true collective effort that ended in a solid success.

SAGE HOLMES, VT SPORTSWRITER - September 13th, 2021 9:01 pm
Sailors shut out Vikings 35-0WATERLOO - The Vinton-Shellsburg Viking varsity football took to Waterloo to take on the Columbus Catholic Sailors and were shut out 35-0. The first touchdown of the game came on a fumbled kickoff by Kale Schulte. The Vikings were led by senior Kaden Kingsbury, who completed 11 passes in 13 attempts for 67 yards, senior Max Vasquez, who carried the ball 16 times for 64 yards, junior Benett Rickels was the leading receiver, catching three balls for 24 yards, and junior Curtis Erickson led the Vikings on defense with five total tackles and 0.

VSU SWIM TEAM - September 13th, 2021 10:24 am
VSU finished 4th in a 6-team invitation including Cedar Rapids Jefferson, Decorah, Keokuk, Ottumwa and host-team Waterloo East & West. Being short 4 swimmers for various reasons made it tough to fill all the roster spots, especially relays. But the girls that did compete did well. Justyce Dominick came in 3rd in the 50 Freestyle and 2nd in the 500 Freestyle.

VSU SWIM TEAM - September 10th, 2021 10:40 am
VSU placed 3rd in a field of 5 teams, falling to Des Moines East and Grinnell. Had only swimming points counted, VSU would have taken second, as only Grinnell had divers to compete thus scoring 25 unanswered points. Still it was a solid night of good times for our girls.Justyce Dominick won the 50 Freestyle in 27.15. Dominick, Carleigh Wilson, Lauren Moore and Molly Clark all pulled in some second and third place finishes with their fastest times of the season too.
View Page
1213141516171819202122
advertiser content