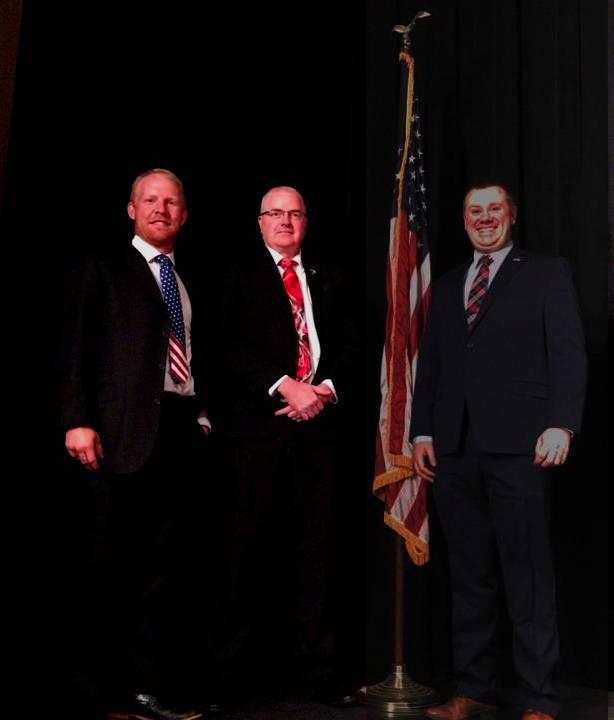 In small-town politics, and with its first in the nation status for caucuses, Iowans are probably more likely to get involved in their politics. As I sat in on the Republican candidate forum on Saturday morning for the Senate District 42 candidates, I found myself passing out grades as each speaker answered questions and I was left with a few conclusions.

The candidates answered questions on their views on the 2nd Amendment, School Choice, abortion and other hot topics for Republicans. There was a notable difference between some of the candidates, and for some, it came down to style and delivery.

The most impressive of the three I felt came down to Colman Silbernagel. It was obvious that Silbernagel has done his homework on a variety of topics and seems to have ideas for how he would approach solving problems from a seat in Des Moines. His answers were clear concise and in-depth. A veteran, Silbernagel only cited his service in reference to a question he was asked rather than using it as a reason for gaining votes. That showed a lot of maturity I thought. The father of two, Silbernagel and his wife are Vinton residents.

Second up was Justin Wasson, of Cedar Rapids. Unfortunately, he greeted the crowd that had gathered a bit pompously saying that he had to work a 16-hour day on Friday so that he had time to make it to the forum on Saturday. That immediately made me ask if he will have time to serve in Des Moines with such a pressing schedule. While Wasson held a lot of the same views as Silbernagel, his answers did not come across as strong or as well thought out as his opponent. This could have just been a matter of delivery...or his work schedule. Wasson a father of three, and his wife will be homeschooling their children this year. Wasson is also the Linn County GOP Chair.

If you consider yourself one of the old Democrats, Charlie McClintock might actually be a good choice for some on the other side of the aisle. While he is on the Republican primary ticket, I found his experience as a politician came through. On topics that might upset some, he answered right down the middle of some topics and seemed to veer left of center on the topic of education. He cited more concerns for the public schools and their funding when it came to school choice for parents than that of parents. McClintock also a veteran is currently a State Representative in District 95, and oversees the dispatch center in Linn County. A father of two adult children, he and his wife reside in Alburnett.

If I were grading the candidates, Silbernagel would get an A on content, presentation and thought process. Wasson would receive a B, while his conservative values are present, he might get in the way of the delivery. McClintock, well, he has to get a D, pun intended. He came across as too polished, a true politician wanting to please everyone and seemed to eye the left lane a little too much for a Republican candidate.

I have not been really involved in these races so I feel like I'm on the outside looking in on this one. Also worth noting are the campaign strategies of the three. Silbernagel appears to be campaigning the old-fashioned way, hitting the pavement door knocking and planting yard signs.

Wasson is hitting social media hot and heavy, making claims of endorsements from everyone you can think of, and in my opinion some aren't always exactly "endorsements."

McClintock, well I can't say that I've seen nor heard from his campaign at all, so out of sight out of mind. All I know is that unions seem to endorse him.

Now all three are good solid guys. Do your own research if you choose to vote on these men in the primary. This is just my2 cents on what I saw on my Saturday morning wanderings.

Next Opinion Article
Letter to the Editor: Displays, Transparency and Library considers Litigation 2

Previous Opinion Article
Letter to the Editor: Persecution of library director and staff

TH May 23, 2022, 3:03 pm I was able to attend the forum on Saturday and agree 100% with Valerie’s observation of the candidates. Colman was very well prepared and showed that he will be a solid conservative leader based on principles.
CS May 23, 2022, 6:35 pm I attended the forum and I was glad I did. I was pretty sure I knew who I am supporting before the forum. I like to give everyone the benefit of the doubt right up until election time. I have done my homework and continue to do so. My choice of candidates is even more solidly confirmed. This report is spot on in my opinion. Thanks to Benton County GOP central committee for putting on the event.
advertiser content