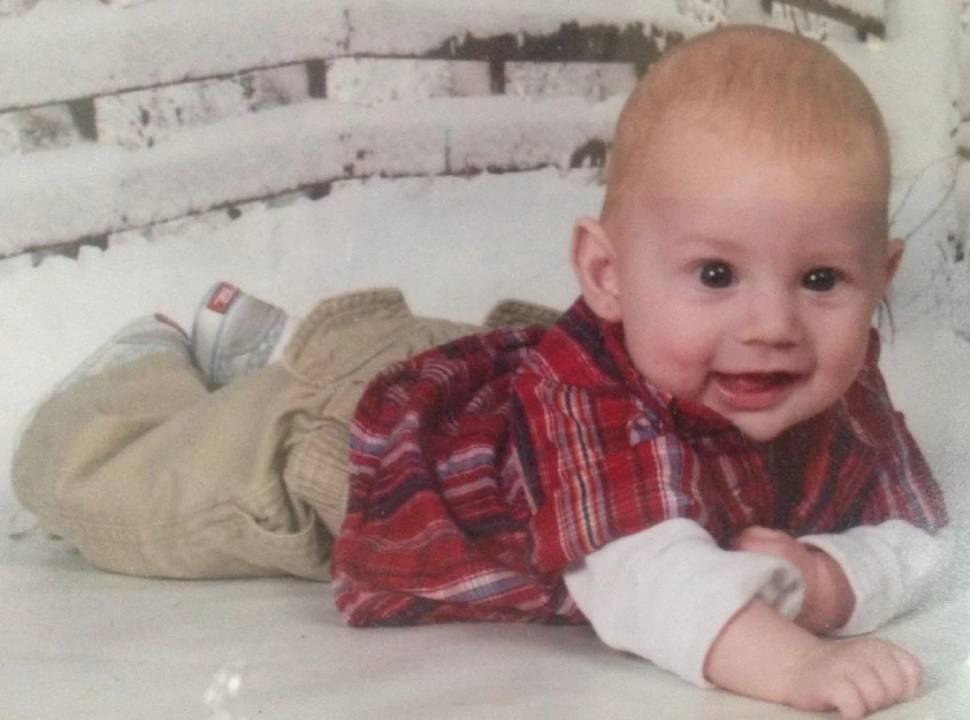 A former La Porte City resident, Lucas Noble Dingman, 36, has been found guilty of second-degree murder. The jurors in San Bernadino County Court convicted him in the killing of his 11-month-old infant son while he lived in Apple Valley, California. After a month-long trial, the jury found him not guilty of the more serious charge of first-degree murder. 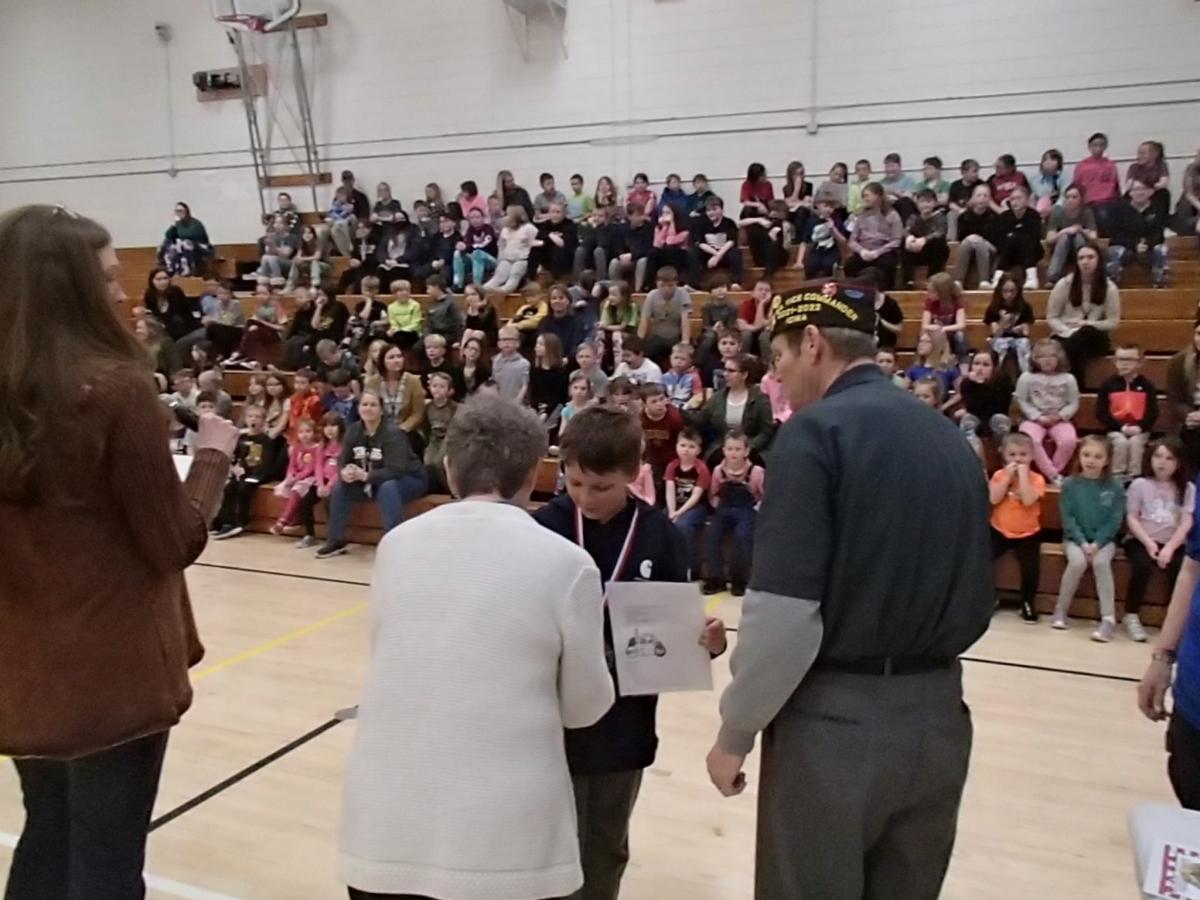 On Thursday, March 31, 2022, the Veteran of Foreign Wars (VFW) and Auxiliary went to Shellsburg Elementary School to present the 4th and 5th graders with their essay awards for the 2021-2022 year.  We were able to join Shellsburg Elementary in their assembly. For the last two years, we couldn't join the assembly because of COVID. Those years the awards were passed along to the teachers to be presented to the students in their classes.
advertiser content 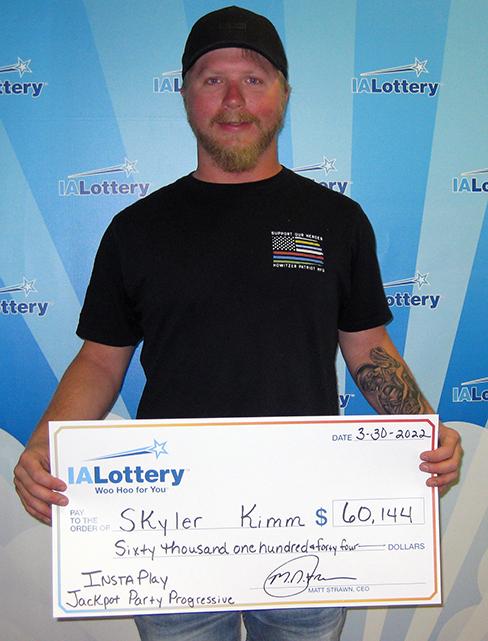 A Benton County man said he plans to buy a new motorcycle after winning a lottery prize of more than $60,000.Skyler Kimm, 29, of Blairstown, won a jackpot prize of $60,144 in the Iowa Lottery’s “JACKPOT PARTY® Progressive” InstaPlay game. He bought his winning ticket at Kimm’s Mini Mart, 604 Locust St. in Blairstown.Kimm, a sheet metal-worker, claimed his prize on Wednesday at the lottery’s Cedar Rapids regional office.

Heilmans FINALLY get the Wedding Day of their Dreams

Luke and Sarah Heilman are a unique couple. Two years ago, the couple sent out invitations to a couple of hundred people welcoming them to attend their wedding on March 21, 2020. The flowers were ordered, the cake was ready to go, the photographer and DJ were set, the church booked and then the unthinkable happened. On Tuesday, March 17, 2020, Iowa Governor Kim Reynolds declared a "State of Public Health Disaster Emergency.

VINTON UNLIMITED - March 30th, 2022 10:09 pm
Vinton Unlimited is Asking for Your Help in Naming the New Summer Punch Card Program! Similar to the December “Holiday Lights Punch Card” shoppers will receive a punch on their card for every $10 spent at participating merchants during the month of July. When a card is completed with 10 punches, the card is then turned in and entered in a weekly drawing for $50 in Vinton Value Dollars.
advertiser content 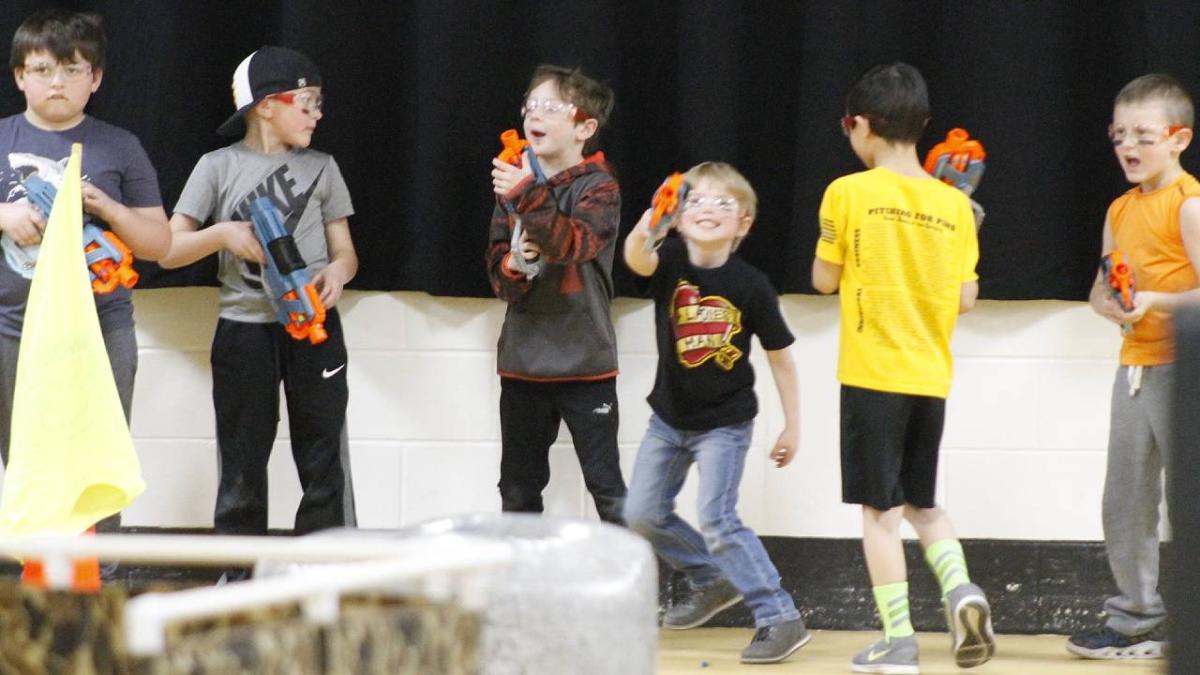 Saturday afternoon the the first round of boys and their mothers took part in the traditional Nerf Wars. Kindergarten through 2nd grade boys got to go head to head with their moms in the first slot. A second round of 3rd -5th graders followed at a later time slot at the Vinton Skate Center. Hosted by the Vinton Parks and Rec Department the moms and sons geared up with goggles and nerf guns trying to capture the flag of their opponent.

VINTON COMMUNITY FOUNDATION - March 28th, 2022 11:43 pm
One hundred percent of your tax deductible contributions are used for the betterment of the Vinton community.The Vinton Community Foundation board members are pleased to announce they are now accepting grant applications from non-profit Vinton area groups, for the 2022-grant program.  The following grant applications may be applied for:  the Vinton Community Foundation, the L. 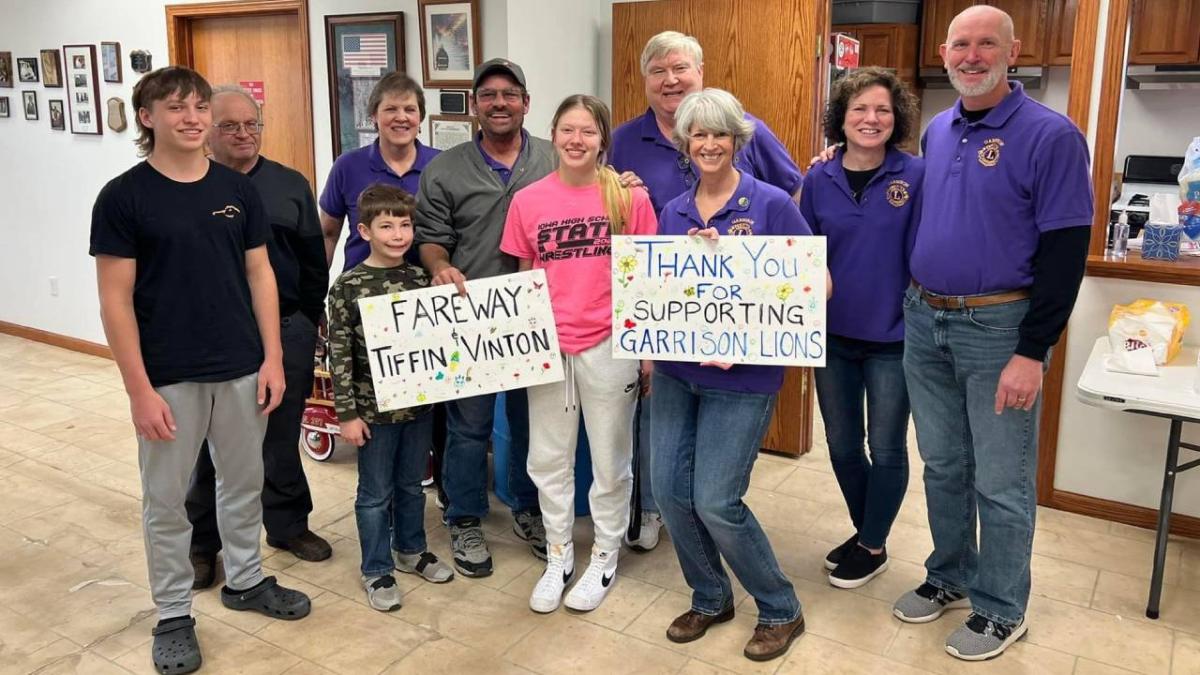 Wow! 75 minutes. Yes … it only took one hour and 15 minutes from when the first car pulled up to the drive-through until we sold out of our Beef & Noodles dinners. Approximately 200 meals were served to those of you who either dined in or drove through. Thank you!We apologize to those of you who showed up after we sold out. We never envisioned we would sell out so fast especially since we planned for 80 more meals than last year.
advertiser content

VALERIE CLOSE, EDITOR - March 25th, 2022 3:22 am
At the March 23th city council meeting, Matt Boggess presented to the council bids to recreate the basketball courts in the park. The "remodel" will create new courts with dual usage. New hoops will be installed and the courts will also be used for pickleball. Boggess also presented to the council the need for security cameras and was approved for a surveillance system to monitor areas in the Parks and Rec building as well as the pool and skate center.

Update on the Braille School Campus 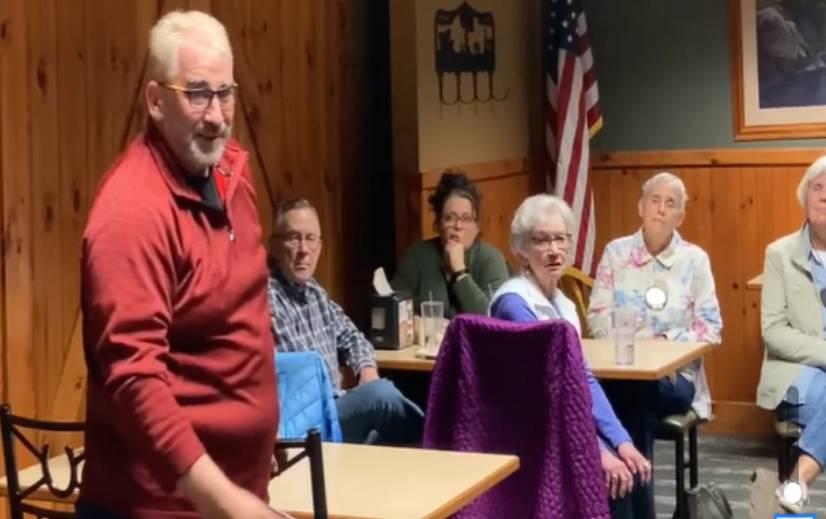 Jeff Garner the Operations Manager for Hobart Historic Restoration was on hand Tuesday to speak with and answer some questions concerning the old Braille School property, Garner began with a bit of an introduction about himself. He was formerly an eye doctor for 30 year so he is very familiar with the Braille School. He said that he retired just before the COVID pandemic hit so he felt that was fortunate for him.
View Page
23456789101112
advertiser content