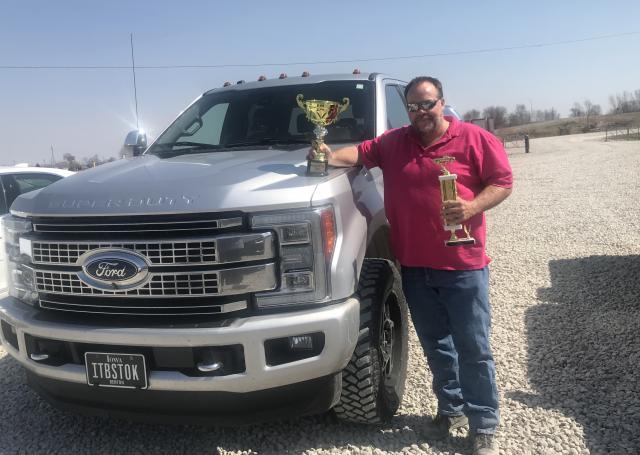 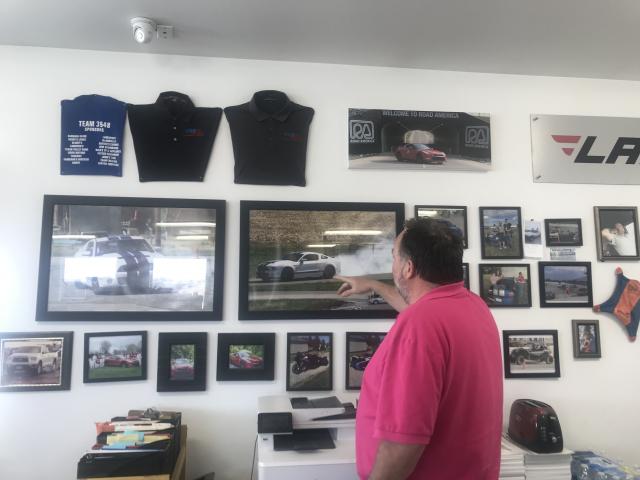 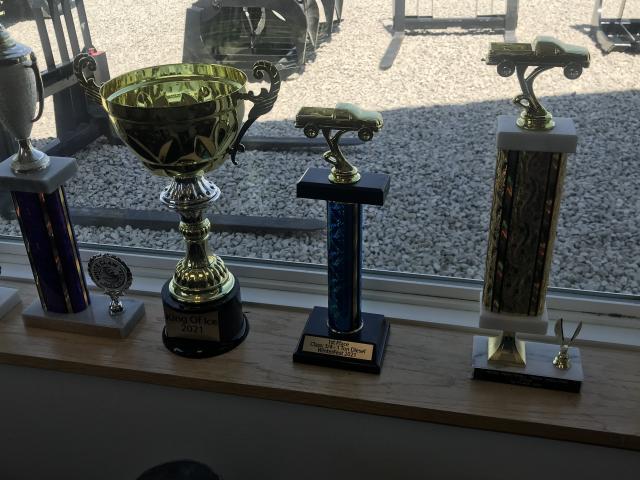 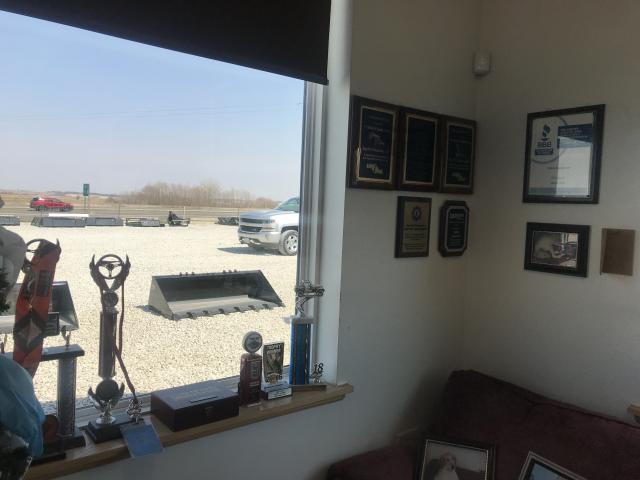 There's the Field of Dreams saying, "If you build it they will come," but probably the saying of Patten's life has been, "If it can be raced, I'm there!" Randy Patten of Patten Equipment in Urbana, you've probably seen it along the interstate, was kind enough to show off some of the trophies and photos of the races that he's participated in over the years.

Patten followed in his father Charles' footsteps when it came to racing. From the age of two, Patten rode dirt bikes and four-wheelers. Later he graduated to snowmobiles, street bikes, and participated in street races.

Then he began racing stock cars and even speed boats winning in the poker run races. He was a points leader for three years in Vinton, as well as being the Iowa points leader one year. He's won over 120 trophies and point jackets.

Often he gives away his trophies to kids in the crowd. He tells the story of one that he gave away to the little brother of a young man who had won so that the little brother would have a trophy as well. That older brother stopped in at the shop to tell him that while his younger brother has also won his own trophies, he still has that first trophy. Patten said he had so many trophies at one point that he had a trophy burning party.

He's also won Volga's Tug-a-truck (like tug of war with trucks), the "Donut Contest", not eating them but spinning them, and also won both dirt and mud drags.

One of the races he participated in was aired on a show called, "Pinks," a televised drag race. Patten was in the final eight with his pickup daily driver.

In one trailer race, there was a tie between himself and a friend. The crowd got to choose the winner, so they chose the friend and Patten said that they should have. The friend was using one of his trailers for the race which was later returned to the streets. "After all," Patten said, "I am a trailer dealer.'

His newest attempt at winning a race was on the snow and ice. He entered the Winter Road Rally in Wisconsin. He pulled a trailer and with a car to the Rallycross race, unloaded the car and raced on the ice. Of all the races, this is the one that was not his favorite to do. Being on a lake racing added another aspect that he was not comfortable with.

He then unhooked his trailer and entered his truck in the race, which surprised the officials. They didn't expect him to drive the truck to the race that he would also be entering into the race. He entered the drag race with his truck, on the ice and won 1st Place in his class. Then he raced against all of the winners in the other classes and won King of the Ice, in a race that he had never competed in before.

Then he took on the Uphill Ski Race, the original race that we were made aware of. Of course, he placed 1st in Stock Class and 4th in the Super Stock, a race he had never run before, again in his daily driver pickup.

The moral of the story, if you mention a race to Patten, he's going to want to enter it. And iIf he enters the race, he's probably going to win it!