On Saturday, March 13, the Vinton Shellsburg had members competing at the Northeast District Convention held at the Independence High School. These members have been dedicated to their different events and have put in countless hours of hard work over the last few months.

A majority of the contests had advanced from the Sub-District level in order to compete at districts, while others only began at the district level. The chapter is proud of the many members that participated! State Convention will be held April 18-20 in Des Moines for those advancing or joining events at that level. Below are the results of the different events.

Application gets rewritten and goes to Nationals. 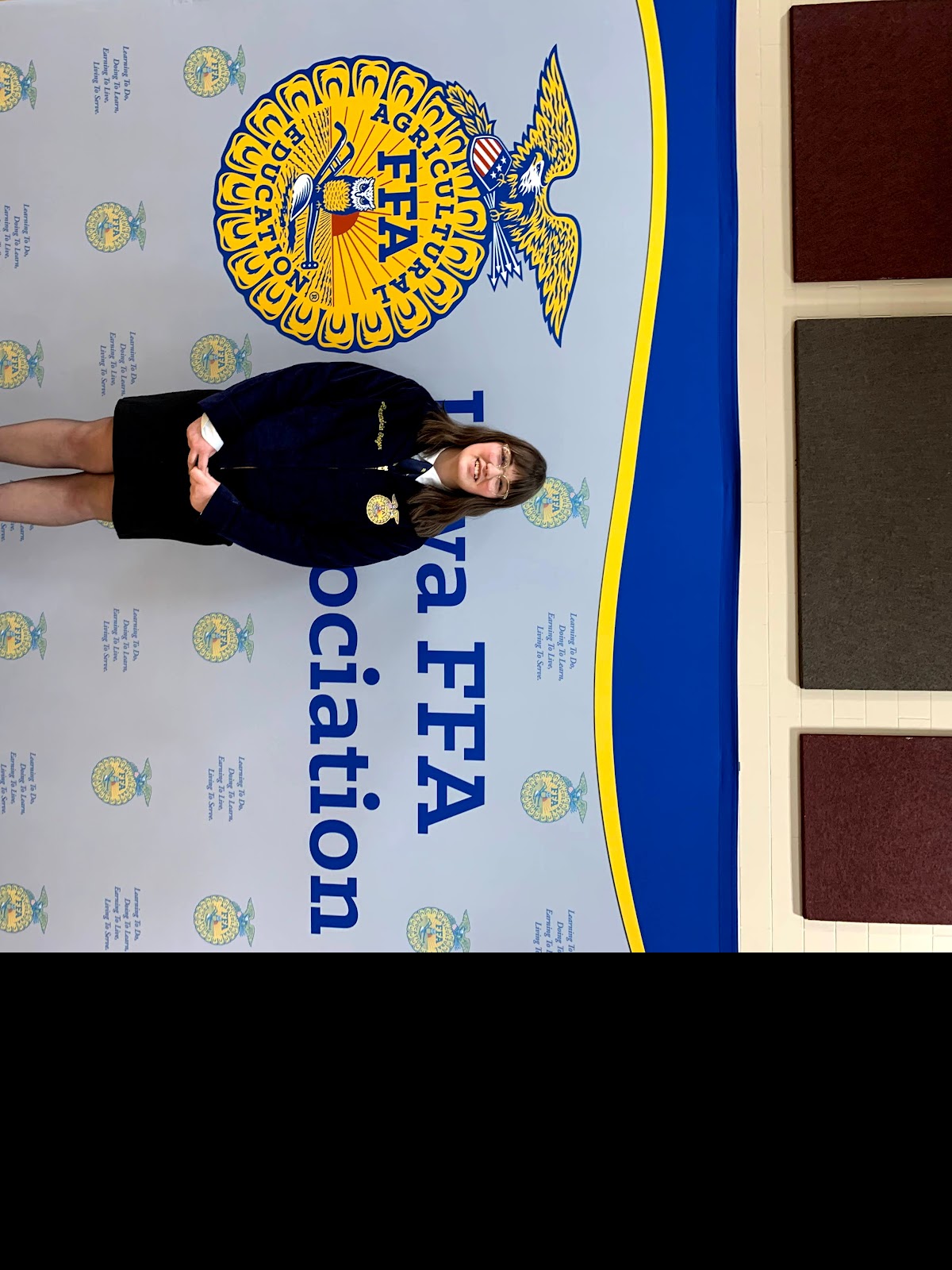 Allie Geiger pauses for a brief photo after finding out that her website is advancing to State. 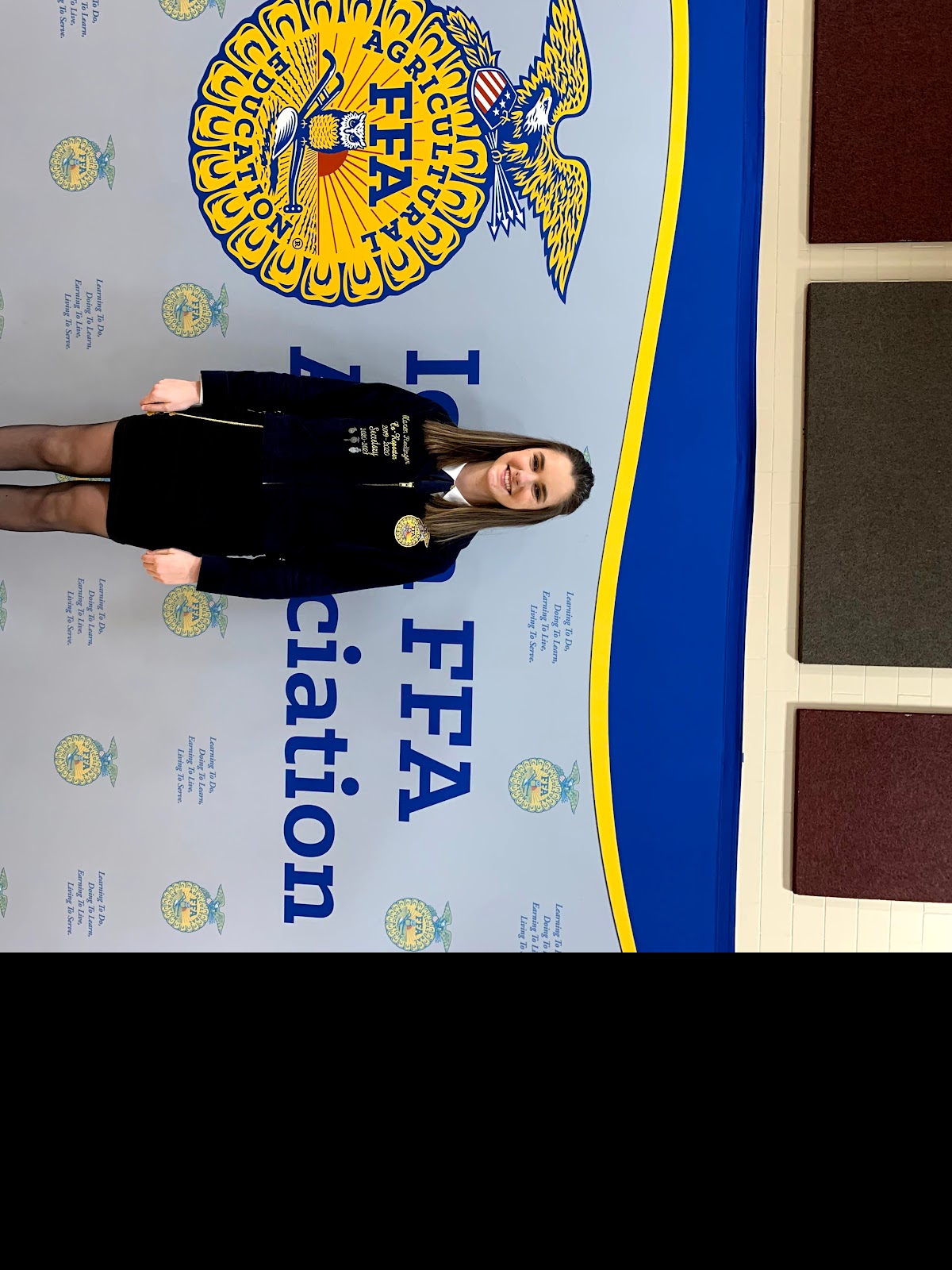 Maren Redlinger poses for a photo after her Secretary's Book advancing to State. 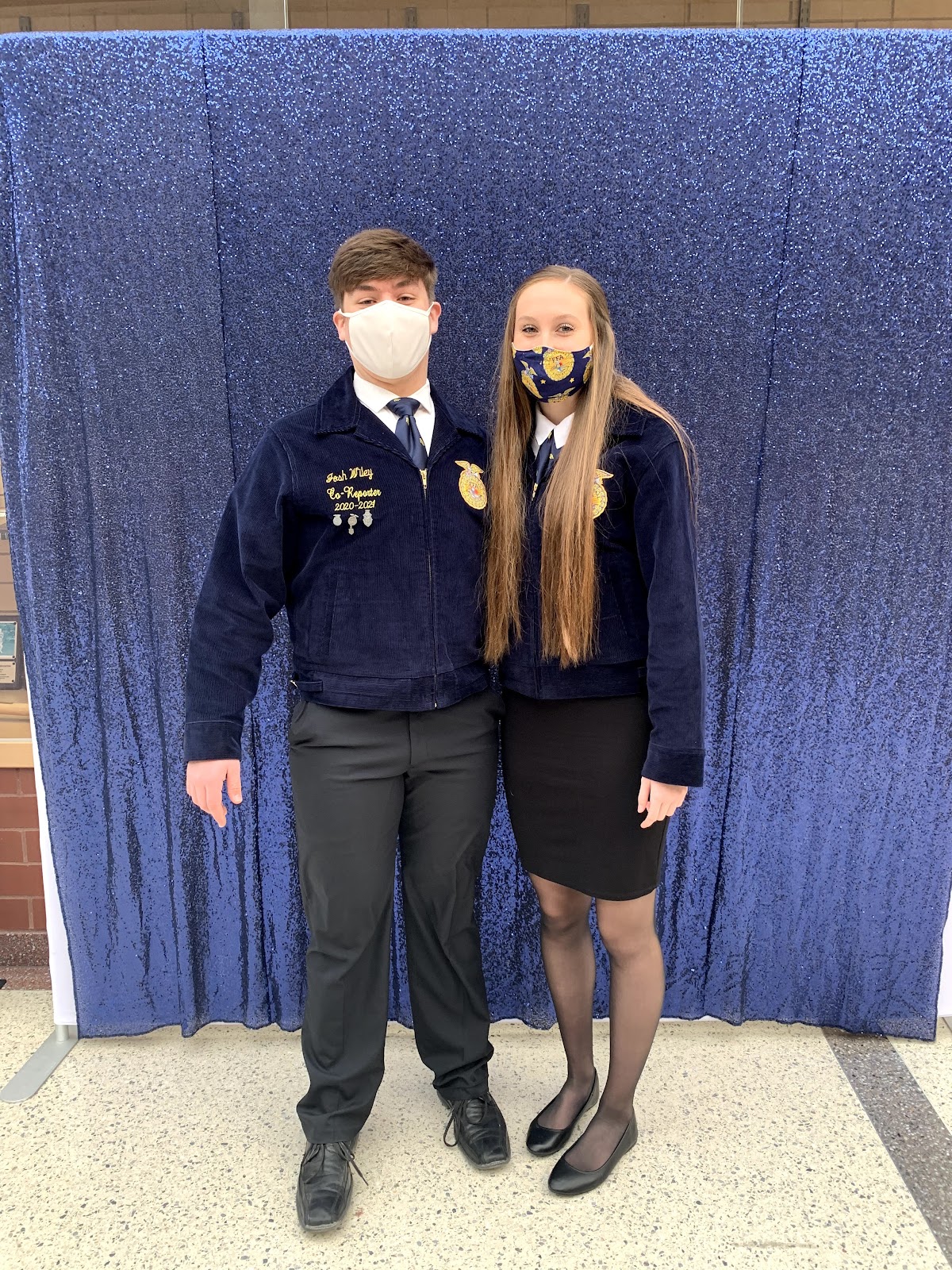 Annabelle Newton, who was balloted for District Office, takes a photo with Josh Wiley, who was elected District Reporter.