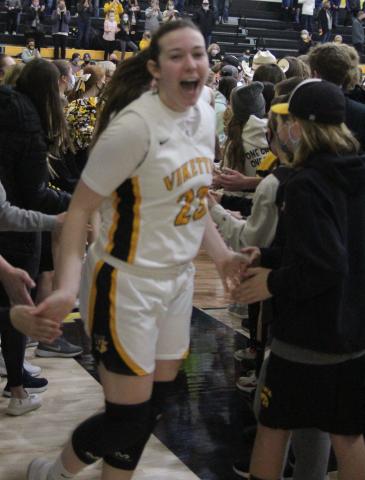 VINTON -- There were a couple of big storylines to follow Saturday afternoon at Garrison Fieldhouse. And the good part was that both stories had a happy ending for the ladies in white.The 13th-rated Vinton-Shellsburg Vikettes shook off an icy start to their night to roll past Mount Vernon, 64-39 in the first round of the Class 3A Regional basketball tournament in a late matinee.

Vikettes make history, and continue a long and storied legacy

JEFF HOLMES - February 11th, 2021 12:40 am
So anyway...Tuesday night I was able to make a Facebook post announcing that Coach Rich Haisman's Vinton-Shellsburg Vikettes had won a share of the WaMaC West championship for the first time since 2001. That was an exciting, joyous and altogether staggering statement for someone with my mileage to make. This team has been a blast to watch; a collection of seniors who've survived some of the leanest years imaginable, coupled with a collection of sophomores who've brought an energy back to what was a dying program.
advertiser content 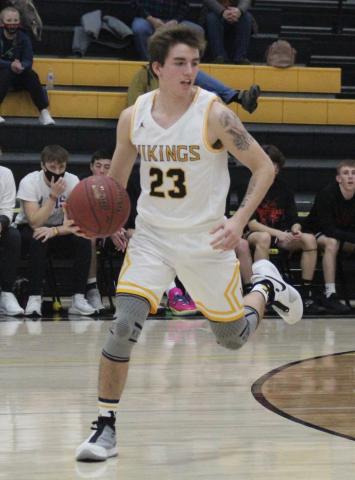 VINTON -- CJ Rickels exploded for 23 points, and was joined in double figures by fellow members of the Class of 2021 Derron Hughes and David Lapan-Islas as the Vinton-Shellsburg boys' basketball team (8-9 on the season) bested Williamsburg 63-56 in a Senior Night WaMaC West showdown at the Garrison Fieldhouse Tuesday night.Coming off last week's painful 56-38 loss to Center Point-Urbana, Coach Joe Johnson's Vikes came out strong, leading 15-9 after one period and 36-20 at the half.

Stormin Vikes on to State

ROB LEVIS - February 8th, 2021 8:13 pm
Bitter cold temperatures and blizzards didn’t slow them down.  Altered workouts and lost pool time due to a pandemic couldn’t either.  Nor did having to face some of the toughest competition in the State in a single-class sport.  On Saturday, the Stormin’ Vikings overcame all of these obstacles as they punched their ticket to the State meet in four events at the District Swim Meet in Dubuque.
advertiser content

ROB LEVIS - February 2nd, 2021 11:22 pm
The weather couldn’t hold down the Stormin’ Vikings swim team who had to wait until Monday to get their half of the Conference Meet in last night in Williamsburg.  The other four teams in the Conference had already gotten their meet in at Boone on Saturday. The team turned is a strong performance despite some adversity to capture with in the Conference, narrowly missing second by a mere 12 points. 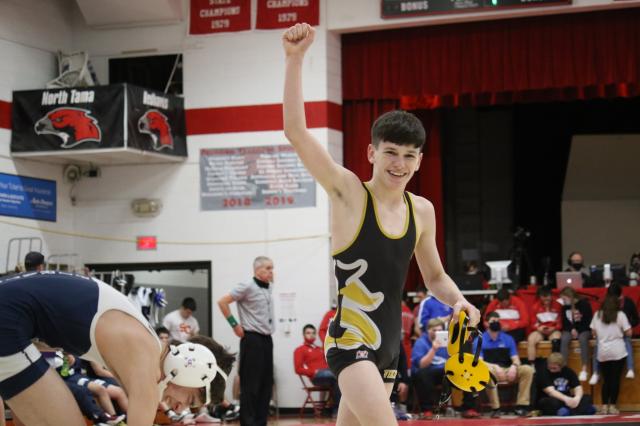 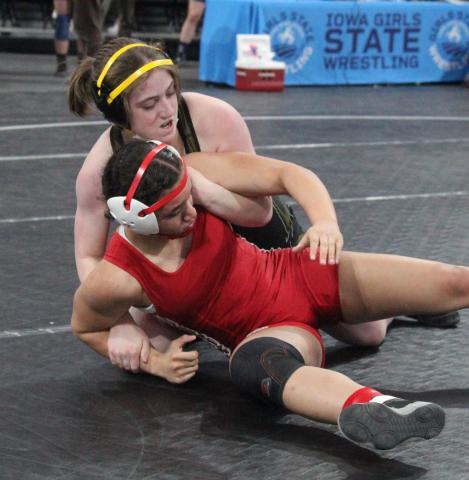 It felt like beginnings of a State wrestling tourament anyway: Weigh-ins done, eight mats laid out across the arena floor, scoreboards lit up, and while the fans had yet to admitted, the teams were filtering out from the locker rooms to begin warming-up. And the 10-members of the Vinton-Shellsburg's team, their managers and one assistant coach -- after all the selfies and team pictures were taken -- circled up begin getting loose.
advertiser content

JEFF HOLMES - January 23rd, 2021 3:39 pm
CORALVILLE — It was a day to remember, with another day to come. A 10-woman contingent of Vinton-Shellburg Vikette wrestlers rolled into Coralville's shiny new Xtream Arena for the 2021 Iowa Wrestlers and Coaches Association Girls' State Wrestling Tournament, as four of the 10 remain alive going into Saturday morning's action.Freshman 106-pounder Bree Swenson, junior 138-pounder Rachel Bane and senior 145-pounder Geordyn Webster are going to battling in the consolation round, while junior -- and returning State placewinner -- 145-pounder Bailey Weeks will kick off the day for the Black & Gold in the championship bracket quarterfinals.

Follow the Vikettes at the Girls State wrestling tournament