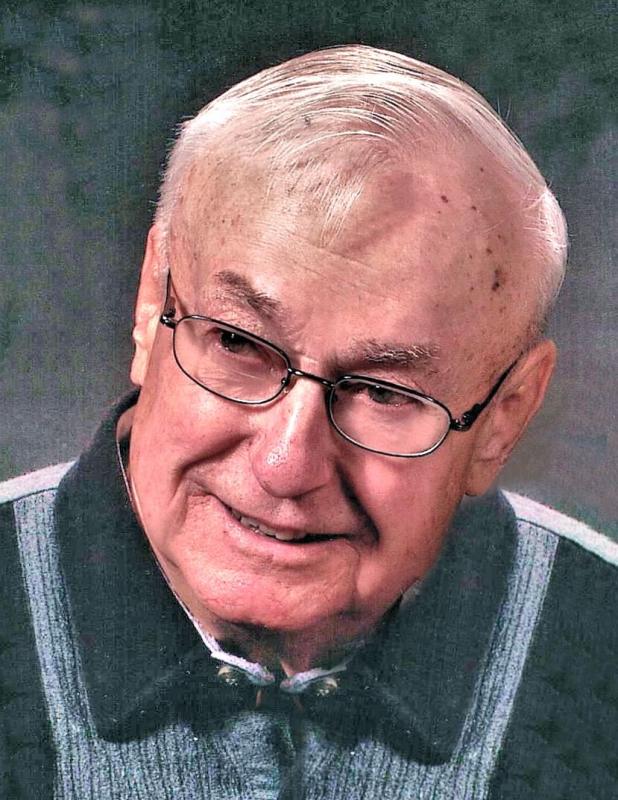 Kenneth L. Williams, age 94, passed away peacefully on Wednesday, April 13, 2022 at the Dennis and Donna Oldorf Hospice House in Hiawatha.

Funeral services will be held at 10:30 AM, Tuesday, April 19, 2022 at Trinity Lutheran Church in Vinton with Rev. Stephen Preus officiating. Private interment will be held at Evergreen Cemetery in Vinton. Visitation will be held from 5:00 until 7:00 PM, Monday, also at the church.

Kenneth was born, on August 26, 1927, in Cedar Rapids, the son of Clarence L. and Emma (Stolte) Williams He grew up and attended country school near Garrison and High School in Vinton. Kenneth enlisted in the Navy in 1945 and served on the U.S.S. William C. Cole until his discharge in 1946. On June 4, 1948, he was united in marriage to Rosemaree Tharp at the Little Brown Church in Nashua.

Kenneth farmed in the Vinton area, retiring and moving to town in 1974. He was a faithful member at Trinity Lutheran Church and the Mt. Auburn Legion. Kenneth loved to fish in Canada, attend Navy reunions, playing cards, and following NASCAR were also favorites. His greatest joy came from spending time with his family whom he dearly loved.

Kenneth was preceded in death by his parents; his son, Ricky Lee Williams; and 2 sisters, Delores Brown, and Darlys Michael.