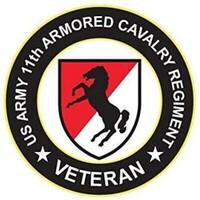 Visitation is 4 to 7 p.m. Tuesday, Feb. 22, at the church. Memorials may be directed to the family. Online condolences can be sent to the family at www.neuhausfuneralservice.com.

Frank was born Nov. 20, 1948, to Elver and Anna (Henry) Miller. He graduated from HLV High School, Victor, Iowa, class of 1967. Following high school, he was drafted into the U.S. Army and served a tour in the Vietnam War with the 11th Armored Cavalry Regiment. Upon returning from war, he lived in Cedar Rapids, Iowa. On Oct. 6, 1973, Frank married Dorothy M. Pickart. Together they lived in Norway, where they raised their three boys. Frank worked for Amana Refrigeration until he began farming. After farming, Frank worked at Merit Construction, from which he retired after 20 years.

He enjoyed gardening, baking, cooking and, most of all, he loved spending time with his grandchildren.

Frank was a member of St. Michael's Catholic Church, Norway American Legion Post 234 and the Catholic Order of Foresters.