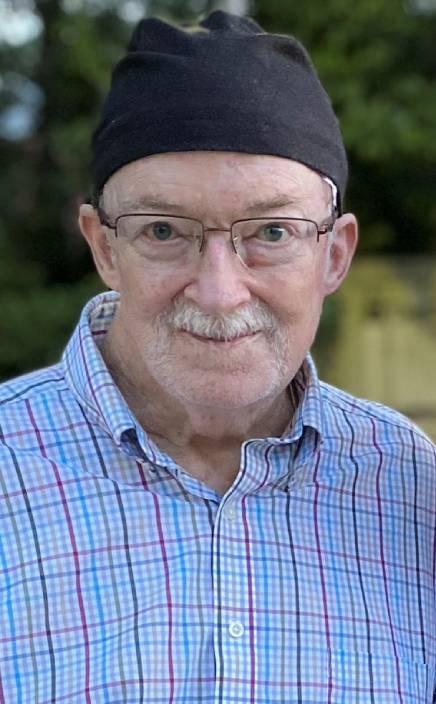 Donald M. Music, age 66 of Coralville died Monday, February 14, 2022, "the day of the heart" at the University of Iowa Hospitals and Clinics in Iowa City. Donald Music was born in Des Moines, Iowa on July 13, 1955, to Kenneth and Mary Music. The family moved to Vinton, IA in 1964 where he attended East elementary school and Washington high school, graduating in 1973. After graduation, he worked as a carpenter in residential construction. He married his first wife in Nebraska in 1975. They had one son, Guy, before moving to Montrose, Colorado in 1979. The marriage ended in 1984. In 1986 Don went into heart failure and returned to Iowa to undergo the tenth heart transplant performed by UIHC in the experimental cardiac transplant program in July of 1987. That same year he met Julie, a nursing assistant in the UIHC cardiology clinic. They became good friends and eventually married in 1990. They settled in Coralville as Don went to work for HLM architects in Iowa City. Don contracted encephalitis in the winter of 1992 that lead to rejection of his transplanted heart. He was listed for a heart transplant again and in December 1993 became the first patient to receive a second heart transplant in the state of Iowa. Years later Julie and Don were blessed with the birth of their daughter Meredith. Shortly after Don accepted a job in the electrical engineering department at Shive-Hattery in Iowa City. In 2011 he received a kidney transplant after five years of kidney failure and three and a half years on dialysis. He continued to work at Shive-Hattery throughout his kidney failure and up until his death. Throughout his life, Don fostered a deep love of animals and the outdoors. He had many pets, especially as a young man, but his favorite must have been BoBo the monkey. He was an avid hunter and found no greater joy than spending time in a turkey blind. He loved reading about history. If you were to play trivial pursuit you would have wanted Don on your team. He was a gifted builder and enjoyed working on home renovation projects, woodworking, and restoring antique firearms. Don taught so many people along his journey. Perhaps the most important lessons to be learned from him were those of resilience and the importance of keeping a light heart and uplifting spirit. Don is survived by his loving wife, and caregiver, Julie; a son, Guy; a daughter, Meredith; three grandchildren: James, Gwen, and Evan Music; his siblings Bob Music and Kim Staab; nieces Michelle, Ashley, Andrea, Patience, Emily, and Elizabeth; nephews Jeremy and Nick; and grand-nephew Oliver. He is also survived by the very successful cardiothoracic transplant program at the University of Iowa, which he helped pioneer in the 1980s. Memorial services will be held at 4pm Sunday, February 20, 2022, at Gay & Ciha Funeral and Cremation Services in Iowa City. There will be a time for visiting following the services. (Attendees will be expected to wear mask and they will be provided) In lieu of flowers memorial donations will be used to continue to support Meredith's pursuit of her medical degree. To share a thought, memory or condolence please visit the Gay and Ciha Funeral and Cremation Service website @ www.gayandciha.com.