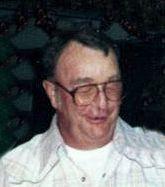 Wayne Moore, age 78, passed away on Wednesday, February 9, 2022, at his home in Vinton following a sudden illness.

Wayne was born, on January 19, 1944 in Illinois, the son of Orlo and Louise (Eggerstedt) Moore, and graduated from Knoxville High School in Knoxville, IL. He proudly served his country in the United States Navy and Naval Reserve from 1963 through 1969, during the Viet Nam War. On June 1,1974, he was united in marriage to Carole Kelly in Vinton.

Wayne operated a lawn care business and was very proud to have many loyal customers. He was an active member of the Geo G. Luckey American Post #57 in Vinton, as well as the VFW Post #8884 in Vinton. He loved being at home, working crossword puzzles and enjoying his cats.

He is survived by his wife Carole; his daughter, Tracy Moore of Highland, CA; brother Michael (Esmeralda) Moore of Chicago, IL; sister, Marjorie (Bill) McVey of Galesburg, IL; and 8 nieces and nephews.

He was preceded in death by his parents.