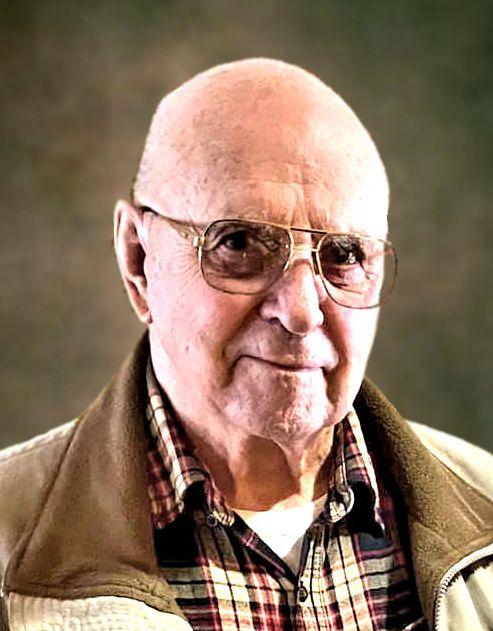 Robert C. "Bob" Beyer of Vinton formerly of Garrison was a caring Husband, Father, Grandfather, Brother, Uncle, and friend who suddenly passed at the age of 90 at St. Luke's Hospital in Cedar Rapids.

Bob was born October 25th, 1931, at St. Luke's Hospital in Cedar Rapids to Robert B. and Elton Shaw Beyer. On January 19th, 1952, he was united in marriage to Alice "Bonnie" Dake Beyer at the Methodist Church in Vinton. They had 2 children together a daughter Robyn Diane Beyer (Quamme) and a son Timothy Robert Beyer.

Bob graduated from Garrison High School in 1950 and worked on the Beyer family farm in Garrison. On February 13, 1952, Bob voluntarily enlisted into the service as a member of United States Air Force. Due to the ending of the Korean War, and no need for servicemembers, Bob was separated Honorably on April 1st, 1952, and returned home to Garrison where he continued to work on the family farm and started hauling milk for the Garrison Creamery until 1957. After the creamery Bob worked for 1 years at John Deere in Waterloo in the foundry. In 1959 he got a job working for Benton County operating the 35,000 lb. maintainer on secondary roads. During the 60's and 70's he also drove semi for Joe Merchant Trucking. In 1983 Bob purchased an additional 80 acres to go with the 120 acres that were already owned on the family farm and continued to farm until he retired in 1993. In 1993 Bob also retired from Benton County after 35 years.

After retirement Bob and Bonnie spent their winters in Florida to escape the Iowa cold. Upon returning in the spring after that 1st winter, Bob returned to Benton County working with the weed commission driving truck and working for Farm Service hauling anhydrous tanks for 22 more years until April of 2015. Due to suffering a stroke in April of 2015 Bob retired again after 56 total years of work for Benton County. He lived the past 6 years at Windsor Manor in Vinton.

Throughout the years Bob enjoyed many things including spending weekends in Guttenberg, IA, where one of his greatest pleasures was boating and teaching many how to water ski. To Bob age was no limitation and he enjoyed riding motorcycle and cherished his Harley Davidson which he rode up until the age of 83. He loved his TV and always had to have RFD TV on the channel or listening to country and polka music, which lead to his great enjoyment of dancing.

He greatly enjoyed his coffee and spending mornings with the guys over great conversation. Bob always had a love of airplanes throughout life, where at the ripe age of 75 he started taking flying lessons. Bob's greatest love and enjoyment in the later years of life was spending time with family especially his daughter Robyn and Grandson Erik.

Bob was also a member of many organizations to include Eagles Club and Moose Lodge of Zephyrhills, FL, Farm Bureau member, volunteer firefighter with Garrison Fire Department, and American Legion Post # 475 of Garrison.

He is survived by his daughter Robyn (Ken) Quamme of Waterloo, Grandson Erik (Brittany) Quamme of La Crosse, WI, and was greatly looking forward the birth of a great-grandchild expected in March; Sister Barbara (Don) Berry of Naples, FL; Sister-in-laws EvaLee Fennern of Atkins, Carol Rehder of Blue Grass, Kathie (Jerry) Adams of Vinton, Brother-in-law Tom (Jane) Johnson of Vinton and many nieces and nephews.

Bob was proceeded in death by his parents, wife of 54 years Bonnie and son Timothy Robert (Timmy).

A heartfelt thank you goes out to Bob's longtime doctor, Dr. Brian Meeker and nurse Kris of Vinton. A special thank you also goes out to the staff of Windsor Manor for all their love and care while Bob was a resident. Thank you also to the Dr.'s and nurses at Virginia Gay Hospital ER and North Benton Ambulance for their care and compassion for Bob and their thoughtfulness for the family.

Bob was a friend to many, loved by many and will be greatly missed by many!

Visitation will be on Monday, February 14th from 4pm-7pm at the Phillips Funeral Home Chapel (212 E. 6th Street) in Vinton, IA.

Funeral Services will be on Tuesday, February 15th at 10:30 am at Phillips Funeral Home Chapel in Vinton, with Pastor Matt Hantz officiating. Interment is at Garrison Cemetery with Graveside Military Rites conducted by the American Legion Post 475 of Garrison and Iowa Military Honors. Memorial fund has been established. Memorial funds and condolences may be sent to Robyn Quamme at 2004 Josie Ridge, Waterloo, IA. 50701.