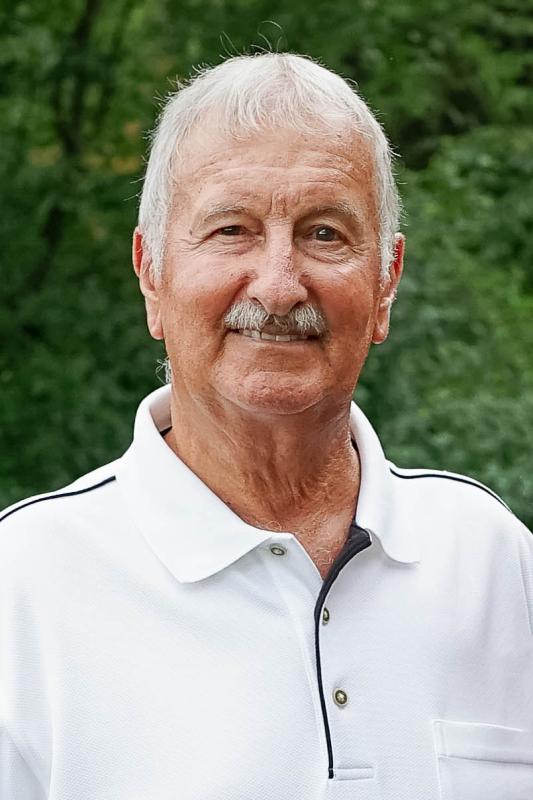 Dean Edward Schminke, 74, father, grandfather and husband of 49 years, passed away with family by his side on February 6, 2022.

Dean was born on September 8, 1947 to Henry and Audrey (Hartz) Schminke. He was drafted during the Vietnam war and returned home to meet the love of his life, Jane Thompson. They were married on July 8, 1972 and moved to the family farm where they raised their three children and continued to farm for upwards of 50 years. When the time came, Dean was ready to retire and moved to a home overlooking hole #3 at the Vinton Country Club.

Dean lived his life being a steward of his land and community. From caring for his farm land, plowing neighbors drives, and clearing lily pads for his grandkids at the lake, he was never one to sit still for long, making sure the things around him were well taken care of.

He had a strong devotion for Vinton, IA, the community he loved. Dean served on numerous boards throughout his lifetime, most recently the Public Library and Hospital Farm Board, and was an active member in the local Lions Club.

As a man of God but believer in science, Dean had no doubts the two could co-exist. He was grateful for every year that modern medicine gave him, while knowing he would be welcomed home when his time came.

Dean was preceded in death by his parents; brother, David Schminke; and step-mother, Pauline Schminke.

Van Steenhuyse-Teahen Funeral Home of Vinton is caring for Dean and his family. Condolences may be left at www.teahenfuneralhome.com.

Dave & Kate Albert February 9, 2022, 6:06 pm Dave and I were so sorry to hear of Dean's passing. He was a classmate of ours and a friend. Our hearts and prayers are with all of you.
GENE RINDERKNECHT February 9, 2022, 9:04 pm Dean was a good friend and neighbor. We shared a lot of farm work with his family. Dean was a classmate, a fellow member of the 4-H club, and a fellow believer at Trinity Lutheran Church. He certainly will be missed by many.
Jack and Cathy Klein February 10, 2022, 12:02 pm Jane and family, we are so sorry to read of Dean's passing. He was one of the good guys and will be missed by his friends, family and Vinton. Praying for your strength at this time.
David Edwards February 10, 2022, 1:09 pm Our sincerest condolences to Dean's family, I remember Dean with fondness and as a person always with a smile on his face. Vinton has suffered a loss with his passing
advertiser content