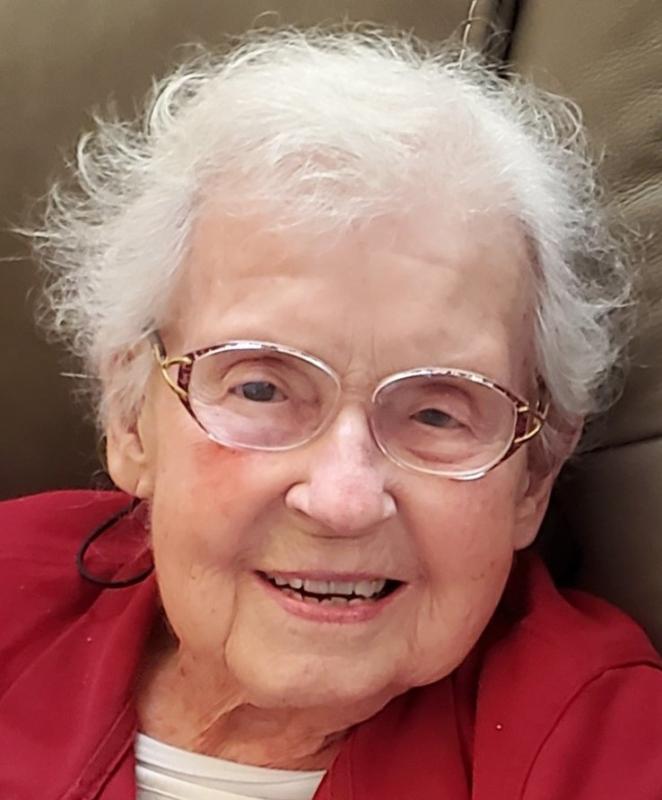 A memorial visitation will be held from 11 a.m. to 1 p.m. with a prayer service at 11:00 a.m Friday, November 19, 2021 at Bethlehem Evangelical Lutheran Church in Vinton.

Ruth Margaret Hanson was born June 19, 1925 in Vinton, IA, the daughter of Erik Henning and Hilda Svenson Skoog. She grew up in Vinton and graduated from Lincoln High School. On June 8, 1947 she was united in marriage with Carl Victor Hanson. They were blessed with seven daughters and adopted Victor's son from his first marriage.

Ruth was an active member of Bethlehem Lutheran Church and served many years as a Sunday school chairperson. She was a board member of Church Women United and the Women's Farm Bureau. She enjoyed quilting, sewing, gardening, needlework and especially spending time with her family. She was devoted to Jesus all her life and donated much of her time to the Vinton Community.

Ruth was preceded in death by her parents; husband, Victor in 2003; brothers: Gordon, Ralph, Eric and Glenn; sister, Hazel; and granddaughter, Jennifer McLaughlin.

The family has established a memorial fund for Alzheimer's Research in the name of Ruth Margaret Hanson and asks to donate to this instead of flowers. Donations can be made at act.alz.org.

Van Steenhuyse-Teahen Funeral Home of Vinton is helping Ruth and her family. Condolences may be left at www.teahenfuneralhome.com.