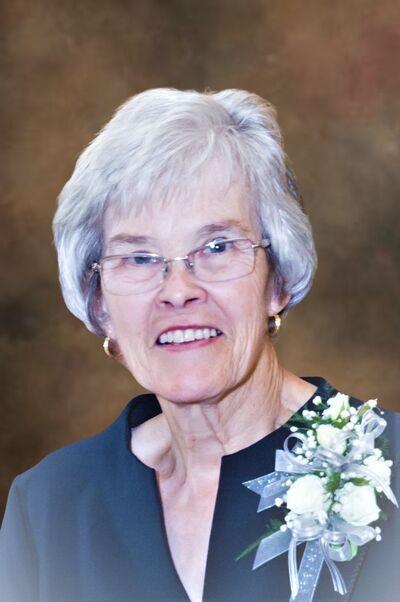 Florence L. Lyman, 81, passed away Nov. 5, 2021, at The Bridges of Ankeny Care Center after a long battle with Alzheimer's disease.

Florence Lorene (Fuller) Lyman was born in Princeton, Mo., on June 30, 1940, the daughter of Robert Edward Fuller and Frances Florence (Budd) Fuller. She graduated from Princeton High School in 1958. She attended Iowa State University and graduated with a home economics degree in 1962. Florence played bass clarinet in the Iowa State concert band, and it was there she met her husband, John Barclay Lyman. They married on June 24, 1962.

Florence taught at Jefferson High School in Cedar Rapids, Iowa, until son Alan was born. After a short move to Washington, Iowa, they moved to the family farm in Belle Plaine, Iowa, in 1968. Florence and John made their home there until John's passing in 2009. Florence stayed on the farm for another nine years before moving to Arbor Springs Care Center in West Des Moines to be with her sister, Roberta. In August 2018, Florence moved to The Bridges of Ankeny.

Florence substitute taught at Belle Plaine High School, was a member of Rotary International, Sorosis Women's Club, Friendly Neighbors Club, Downtown Betterment Board and was a 4-H leader for many years. She was a member of First Congregational United Church of Christ in Belle Plaine. Florence was in the Pi Beta Phi sorority at Iowa State and enjoyed annual get-togethers with her sorority sisters. Florence enjoyed gardening, cooking, sewing and helping on the farm.

Florence continued playing the clarinet throughout her life, playing in the Belle Plaine Community Band, the Shrine Band and Bob Kauffman's Memorial Band at Calamity Jane Days in Princeton.

Service is 11 a.m. Saturday, Nov. 13, at Hrabak-Neuhaus Funeral Service, Belle Plaine, with Pastor Kate West officiating. The service will also be livestreamed on the funeral service Facebook page. Burial will take place at Oak Hill Cemetery, Belle Plaine. Visitation is from 9 to 11 a.m., before the service at the funeral home. Memorials may be directed to Belle Plaine Rotary Club, Iowa Alzheimer's Association or Hope Masonic Lodge, Belle Plaine.