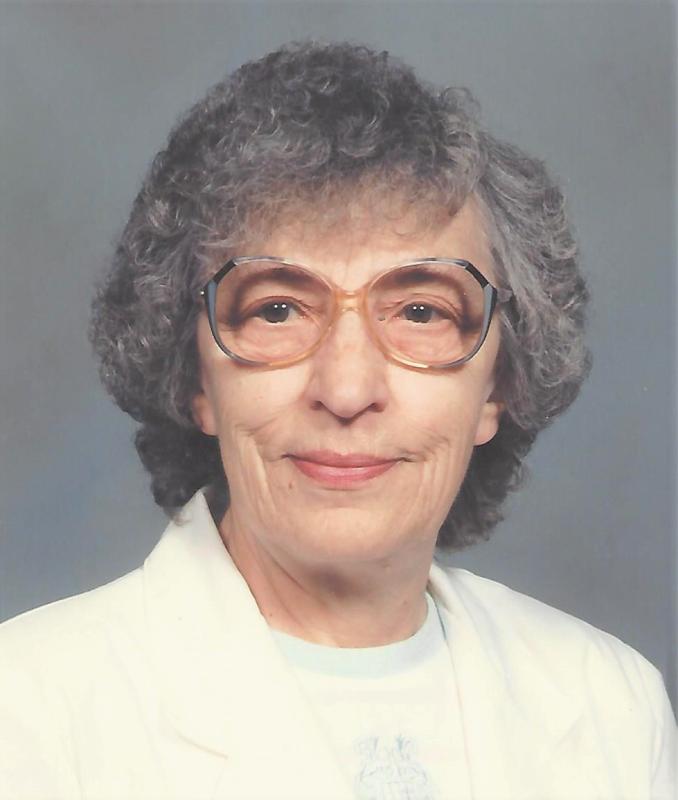 Helen North Bruce, 100, passed away peacefully at her home on Tuesday, November 2, 2021, surrounded by her loving family. A private family prayer service will be held Saturday, November 13, 2021, followed by public visitation from 1:00 to 3:00 p.m. at Van Steenhuyse-Teahen Funeral Home, Vinton. Inurnment will be at Cedar Memorial, Cedar Rapids, IA.

Helen was born November 6, 1920, in Davenport, IA, the daughter of Vernon and Evelyn (Matteson) North. She graduated from Marion High School in 1938 and also attended Coe College. Helen worked as a secretary at various law firms as well as the Iowa Braille and Sight Saving School, retiring in 1976. Helen was a member of the First Baptist Church in Vinton where she was a church clerk and a Sunday school teacher.

On June 14, 1947, Helen married William "Jack" Bruce in Iowa City, IA. Jack and Helen made their home in Cedar Rapids. The couple later divorced and it was then that Helen moved to Vinton. Helen enjoyed reading, crossword puzzles, being an "at home contestant" on Jeopardy and Wheel of Fortune and spending time with her family.

A memorial fund has been established. Van Steenhuyse-Teahen Funeral Home of Vinton is caring for Helen and her family. Condolences may be left at www.vsrfh.com.

Ruth Intlekofer November 8, 2021, 1:08 pm So sorry for your loss. You are fortunate to have had her for so long...cherish the memories 💕
advertiser content