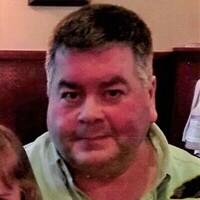 Daniel Marzen, 64 of Bondurant and formerly of New Sharon and Grinnell, passed away Sunday morning, October 24, 2021 at the Mercy Medical Center in Des Moines. Private graveside funeral services will be held in the Friends Cemetery in New Sharon. No visitation is planned. Holland-Coble Funeral Home of New Sharon is in charge of arrangements.

Daniel Joseph Marzen, the son of Kenneth and Rose (Naumann) Marzen, was born on October 15, 1957 in Charles City, Iowa. On October 10, 1981, Dan was united in marriage to Jeri Boggess in Charles City, Iowa. Dan owned a service station and car dealership with his brother, Dean, in Charles City for 10 years before moving to New Sharon in 1989. Dan drove truck for himself before driving for Van Wyk Trucking in Grinnell for 13 years. He then drove for Old Dominion Trucking starting in 2013. Dan and Jeri then relocated to Bondurant to be closer for Dan's work. He was an avid Dallas Cowboy football fan and very rarely missed watching a game. He also enjoyed pheasant hunting, watching Westerns especially, Gunsmoke and above all spending time with his family and grandchildren.

Jack Steele October 26, 2021, 11:46 pm Sorry to hear this about Dan. Love talking to him as a arcade trucking company but Dan was the most nice guy I can remember meeting. I lost my wifeto Kidney Cancer a few years ago and talking with Dan about his Illness we determined that he had the same oncologist that my wife had. I'm just lost for word cause I just talked to Dan not long ago and it just breaks my heart for his family. Dan Gid bless you Brother.
advertiser content