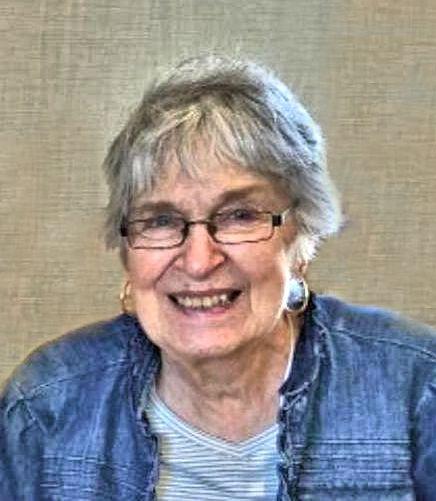 Shirley was born on April 16, 1936, in Independence, IA to Orville and Grace (Baker) Pelley. She graduated from Vinton High School in May of 1953. She was united in marriage to Jimmy Doud in 1955. They later divorced.

Shirley worked at Collins for several years before starting her career at the Iowa Braille and Sight Saving school where she worked in the accounting office from 1967 until she retired in 1993. She then worked at TLC preschool and at Kirkwood at the Vinton facility.

She lived with her longtime companion, Verlyn Harder, for over 15 years. They loved dancing, jigsaw puzzles, and working in the yard together. He preceded her in death in 2017.

Her grandchildren and great-grandchildren were her greatest joy. Nothing put a bigger smile on her face than when her "littles" came to visit.

Online condolences can be left atwww.phillipsfuneralhomes.com

JoAnn Meyer October 27, 2021, 1:54 pm To the family of Shirley..so sorry for your loss..you have my thoughts and prayers..I got to know Shirley from waitressing years ago..I enjoyed working with her..she was a very pleasant lady and fun to be around..she will be missed..
Dale & Karen Hagen October 27, 2021, 5:25 pm Dear Shirley's family, We are so sorry for your loss! She was such a neat lady and so friendly! Enjoyed our visits with her. May her kids, grandkids and great grandkids remember all the great times with her that it will give you peace and comfort. Dale and Karen Hagen
Yvonne Healy Turner December 5, 2021, 4:32 pm Shirley was a long time friend of my sister Fleur Healy Benjamin. Fleur passed this past Christmastime.
advertiser content