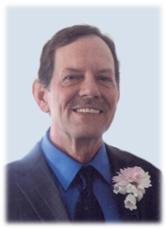 He was preceded in death by his parents, a son Corey, two brothers Edwin and Douglas, and a sister Penny Williams.

Howard Allen Holmes was born June 17, 1953, in the Village of Malone, Frankin County, New York, the son of Richard Abijah and Gladys Estella Childs Holmes. He received his education in the Brushion-Moira Central Schools graduating in 1971. He continued his education at North Country Community College receiving a degree in Criminal Justice. Howard served in the U.S. Air Force from September 1971 to 1975 stationed at Grand Forks Air Force Base, ND. On March 13, 2013, Howard married Kathleen Cowden at Meadow Hill Christian Church in South Amana, Iowa. Besides being a dairy farmer, Howard was a truck driver hauling various products. Lastly from 2010 to present he worked for Schneider National. Howard relished his time at home and simple pleasures like cutting the grass for the horses.