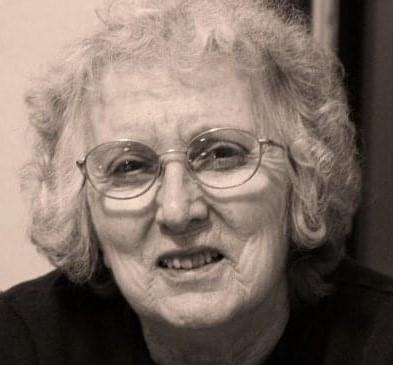 Rosie was born February 22, 1930, in Vinton to Raymond and Orpha Evans Keller. At birth, Rosie only weighed two pounds when wrapped in cotton and placed inside a shoe box, but was nursed to health by her determined family. When she was eleven, Rosie and her mother went to the courthouse to obtain a birth certificate as the doctor recorded "still born" at the time of Rosie's birth. Rosie attended school in Vinton, graduating from Lincoln High School in 1948.

On May 21, 1950, Rosie was united in marriage to Valmah "Val" Patrilla. The couple lived in Des Moines, Vinton, Cedar Falls, and then Vinton again during the 1950's. Finally, they settled on a farm east of Vinton in 1961, and she lived near that location until her passing. Rosie was a devoted farm wife, mother and a life-long member of the Stewart Memorial United Methodist Church where she participated in the vocal choir, chime choir and taught Sunday school. She had a deep and abiding love for God, having read through her Bible well over thirty-five times.

As a young woman, Rosie was an accomplished archer and seamstress, and enjoyed vacations through the years with her ever-growing family. Later in life, she loved following her grandchildren and great-grandchildren, jigsaw puzzles and watching the wildlife near her home.

Rosie was preceded in death by her parents; husband of 65 years, Val; five siblings; and one great-grandson, Alexander.

Van Steenhuyse-Teahen Funeral Home of Vinton is caring for Rosie and her family. Condolences may be left at www.vsrfh.com.

Bonnie Lang October 15, 2021, 5:43 pm To the Patrilla Family, so sorry for your loss. With you in thoughts & prayers! Bonnie Lang
Heidi Popelka Jones October 26, 2021, 12:42 pm I'm so sorry to hear of Rosie's passing. Val Patrilla was a very memorable teacher for me during high school. I was mesmerized reading how Rosie only weighed two pounds and survived (I have micro preemie triplet nephews so can appreciate this greatly.) My thoughts go out to the Patrilla family.
advertiser content