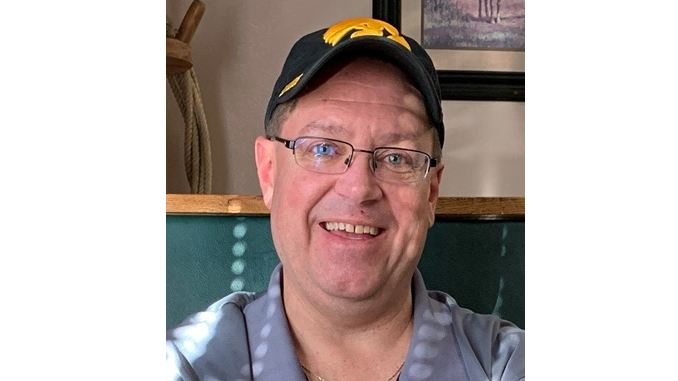 Chad Schwarting, 48, of Quasqueton, IA died on Saturday, August 14, 2021, at the University of Iowa Hospital and Clinics in Iowa City, IA.

Chad Erin Schwarting was born on March 31, 1973, in Vinton, IA the son of Herman "Tony" and Theresa (Luze) Schwarting. He was raised outside of Rowley, IA, attended the Independence Community Schools, and was a 1991 graduate of Independence High School. He went on to get an associate degree in Parks and Natural resources at Kirkwood Community College. Chad went on to work for 17 years at Triangle Plastics in Independence, followed with four years at Red Star Yeast in Cedar Rapids, and in 2014 he started at Geater Manufacturing in Independence as a machinist. He led with a strong work ethic and contagious smile.

Chad lived life to the fullest, he loved spending time outside with family and friends. He enjoyed fishing, golfing, attending the Independence stock car races, and racing go karts with the guys. He was an avid fan of NASCAR, the Dallas Cowboys, Chicago Cubs, and the Iowa Hawkeyes. The last two years, Chad had an extra glow in finding a loving friendship with Julie Timmons. They enjoyed spending time going on short road trips, watching movies, cooking up their special dishes, listening to country music, and sharing laughs with Julie's boys Tyler and Brody Till.

He is preceded in death by his mother, Theresa Schwarting, his grandparents, a nephew, Jared Schwarting, and a niece, Kelsi Franck.

To leave an on-line condolence please go to www.reifffamilycenter.com under obituaries.