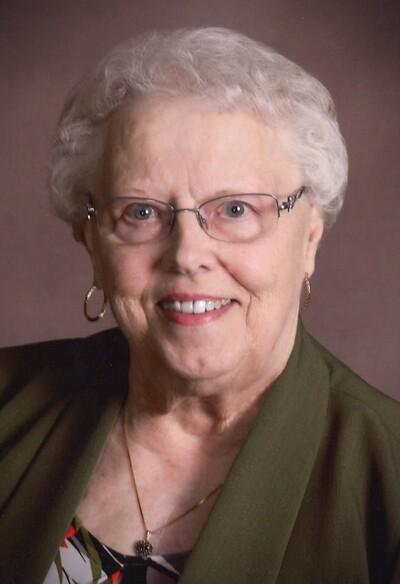 Darlene was born August 6, 1931 on the family farm rural Chelsea, to John and Elsie Koutney. She attended country school in Chelsea, graduated from South Tama High School and later Paris Beauty School. Babi grew up with her 3 sisters who she adored. She spoke highly of her childhood, the farm, her school days, the dance nights in Chelsea and later beauty school endeavors and evenings on the town in Cedar Rapids with her sisters. Darlene married her sweetheart Joseph Andrew Breja on February 6, 1952.

They began their married life early on in Belle Plaine but shortly thereafter moved to Elberon. They lived on Joseph's family farm in a very simple home before they purchased their own farm where they raised their 3 children.

Babi was an excellent cook, baker and farmwife. Any meal at Babi's meant a full and happy belly. Babi was a fantastic gardener likely due to her ability to be an even more fantastic weeder. Her house seemed spotless yet still inviting. She took great pride in her the pretties that decorated her home. Her freshly vacuumed rugs still made way for grandchildren's play, toys could be scattered about without a worry. Babi was a one-of-a-kind grandma. Babi had a work ethic that was unmatched. She was not afraid of a little "elbow grease". Babi was always going to do it the "right way" no matter how much extra effort was required. Sometimes the "right way" just meant it was Babi's way! Her meticulousness shown through in the home place and the work she did outside the home at Benco or sorting corn. Babi was also fair and just. She believed in making mistakes, but she also believed in understanding, second chances and forgiveness.

As Babi aged, she held tight to the roots and faith that were instilled in her at a young age. She held to her Czech heritage and showcased it proudly. Her Catholic faith was a strong foundation for her to build her life upon and going to mass was engrained in her. Patience - another virtue of Babi that came from her faith. She always knew where she was going when it was time. Babi was a fountain of strength and a tower of stubbornness.

In her later life, Babi found joy in lunching with her friends or sisters, hitting the Casino to test her luck, shopping and any day-excursion she could find. She enjoyed travel when she could. Some of her favorite trips were to Nashville, Florida to the beach, Europe with her sister, the Grand Canyon and to Las Vegas. Babi's family was her most prized possession. Time spent with them was time well spent. She took an interest in her tribe as they navigated out into the world and set their paths. She wanted the best for her people and this often meant she was checking in on how everyone was doing. Babi cared deeply and loved her family fiercely.

She preceded in death by her husband Joseph Breja; parents, John and Elsie Koutney; and sister, Betty Worrell.

Visitation is 4-7 p.m. Wednesday, June 2nd at Hrabak-Neuhaus Funeral Service, Belle Plaine, with rosary at 7 p.m. Memorials may be directed to the family.