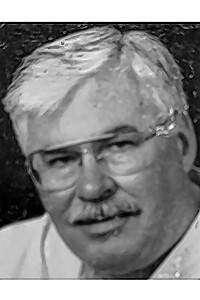 Gary was born on July 15, 1946, in Vinton, Iowa, son of Lester and Pearl (Alpers) Schuldt. He graduated from Van Horne High School in 1964 and subsequently attended Wartburg College. He joined the U.S. Navy in October of 1969, served in the Vietnam War and was honorably discharged in 1972. Gary was united in marriage to Pamela Anne Klees on June 1, 1968, in Cedar Rapids, Iowa, and later divorced.

Gary worked at Rockwell Goss, Cedar Rapids, Iowa, and later Mountain States Machinery in Tucson, Ariz. He was well known as "Big G" and was very active in the Tucson area with American Legion Riders, the American Legion, the Patriot Guard and other Veteran Support Organizations.

He was preceded in death by his parents, Lester and Pearl (Alpers) Schuldt.

Memorial services will be held at 10 a.m. June 14, at the Arizona Veterans' Memorial Cemetery at Marana near Tucson, Ariz. A Celebration of Life will be held immediately following the memorial service at American Legion Post 36. Memorial gifts may be directed to the family for later designation to organizations that were the closest to Gary's heart. Donations can be sent to Renee Schuldt at 7825 Lithia Pinecrest Rd. P.O. Box 186 Lithia, FL 33547-9998.