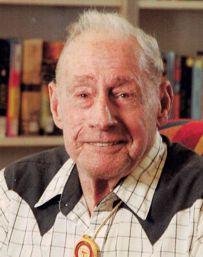 William Lyle "Bill" Benson, 93, passed away Wednesday, May 19, 2021, at the Veterans Administration Hospital in Iowa City.

Funeral services will be held at 2:00 PM on Saturday May 29, 2021 at the Phillips Funeral Home Chapel (212 E. 6th Street) in Vinton. Interment will be held at Maplewood Cemetery in Vinton. with graveside military rites by the Geo. G. Luckey American Legion Post #57 of Vinton and Iowa Military Honors. Friends may call from 4:00 until 7:00 PM Friday at the Funeral Home.

Bill was born on November 26, 1927 in Postville to Louie and Rose (Bellis) Benson. Bill enlisted in the U.S. Navy at the age of 17 and served 4 years during and following World War II. He later enlisted in the U.S. Army during the Korean War. Bill was wounded 11 times during his Army service Bill was captured and became a prisoner of war. Later, he and two of his fellow soldiers were able escape captivity. On December 31, 1951, he was united in marriage to Lois Hertrampf in Waukon. Lois preceded Bill in death in 2009. Bill was an avid league bowler and continued to bowl into his 90's. He also loved to fish on the Cedar River.

He was preceded in death by his parents; wife Lois; two sisters, Lorraine and Lois; and his brothers Lavern and Fred.