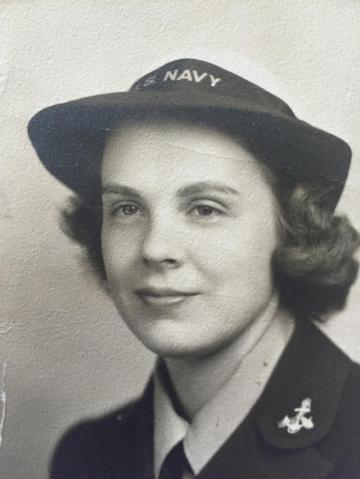 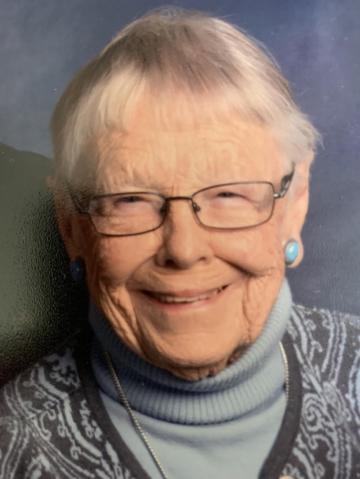 Grace Milroy, 103, passed away peacefully May 18, 2021 at the Vinton Lutheran Home of natural causes.

Funeral services will be 11:00 a.m. Saturday, May 22, 2021 at the Vinton Presbyterian Church with Rev. Jessica Crane-Munoz officiating. Visitation will be 9:30 to 11:00 a.m. at the church on Saturday. Honoring Grace's wishes, the casket will be closed to the public. Private burial will be in Evergreen Cemetery, Vinton.

Grace was born April 23, 1918 in DeWitt, the daughter of Thomas and Madeline Allen Bowstead. She graduated from DeWitt High School in 1935. Grace served her country for three years during WWII in the Navy Waves in Washington DC in the US Navy Casualty Section Office of Public Information. She attended the University of Iowa, graduating in 1949 from the College of Business Administration. On December 21, 1947 she was united in marriage to Boyd Milroy at the First Congregational Church in Iowa City. Boyd and Grace made their home in Vinton where Grace excelled in homemaking, raising children and spoiling grandchildren and great-grandchildren. Boyd preceded her in death in 2015.

Grace enjoyed hiking, cross stitching, researching family ancestors and was an avid quilter. She was a member of the Vinton Presbyterian Church where she served on the Board of Deacons and was an Elder. Grace was also past president of the Vinton Women's Club and Federated Clubs of Benton County.

Grace was preceded in death by her parents; her husband; son-in-law, Morris Eckhart; and four brothers.

The family will direct memorials to the Vinton Presbyterian Church and the Memory Care Unit at the Vinton Lutheran Home.

Van Steenhuyse Funeral Home is caring for Grace and her family. Condolences may be left at www.vsrfh.com.