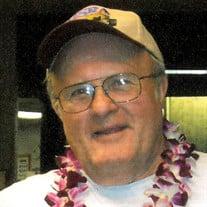 Jerry was born April 29, 1938, in Vinton, Iowa. He graduated from Vinton High School and served his country honorably in the United States Marines. Jerry married Sue Blahnik on October 8, 1975. He worked at Wilson Foods/Farmstead until his retirement.

He was preceded in death by his parents; brother, Don Reifenstahl; and step-son, Richard Alberts.