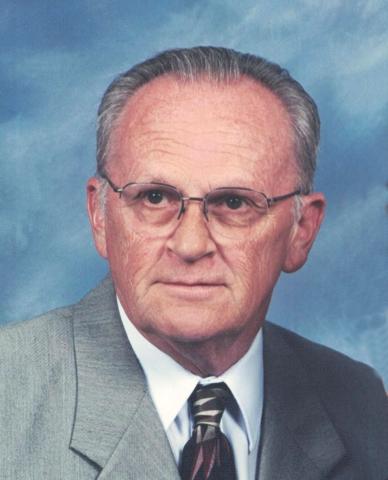 Visitation will be held at Phillips Funeral Home (212 E. 6th Street) in Vinton, Thursday, April 8th from 4-7, masks required. Funeral services will be held at Trinity Lutheran Church, Friday, April 9th at 10:30 with Rev. Stephen Preus officiating. Private interment will be held at the Keystone Cemetery.

Larry was born on September 9, 1940 in Keystone to Roy and Evelyn (Braksiek) Pickering. Larry grew up as the youngest of three on the Pickering family farm 3 miles east of Keystone. He graduated from Keystone High School in 1958 and worked on the family farm, at the local service station and at the local Chevy dealership in Keystone during high school. Larry saved enough money to purchase his pride and joy, a brand new black 1958 Chevy Bel Air Sport Coupe, which he treated with tender loving care and enjoyed racing on local roads.

After a stint in the US Army, Larry become a mechanic and salesman for Sindt Implement in Keystone. With his first wife Karen, he welcomed their son Trace and daughter Tara into the world during this time. In 1972, Larry realized his dream by purchasing the John Deere dealership in Vinton, where he enjoyed his customers and worked hard to ensure they were treated fairly and their equipment was working. His last daughter, Tiffany, was born in 1980. Larry lost the dealership in 1985 during the farm crisis. He then worked as a flooring salesmen and finished his career at Davis Implement in Vinton, once again serving area farmers. Larry was forced into early retirement due to a stroke in late 1999.

Larry enjoyed fishing, tractors, and telling his family about his beloved '58 Chevy. In 2007, his children found a similar '58 Chevy that Larry bought and enjoyed riding in the Vinton Car Cruise each summer. He was also very proud of his 9 grandchildren, 3 children and his '58 high school classmates.

Larry was preceded in death by his parents, Roy and Evelyn, his sister Joane, his beloved nephew Mark Pickering, and his sister-in-law, Delores (Schirm) Pickering.

The family wishes to extend a thank-you and appreciation to all the staff at the St. Luke's Hospice Center for the care and love they showed Larry during his final days.