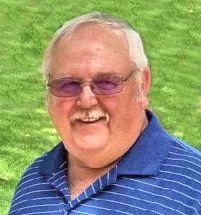 Memorial services will be held at 10:30 AM, Thursday, April 8, 2021 at the St. Andrew's Lutheran Church in Van Horne, with Rev. G. Andrew Wright officiating. Interment will be held at the Keystone Cemetery, with graveside military rites. Visitation will be held from 4:00 until 7:00 PM, Wednesday at the Phillips Funeral Home in Keystone. The wearing of masks and social distancing will be practiced at the visitation and funeral service. In lieu of flowers, a memorial fund has been established.

Steve was born, May 19, 1952, to George "Bud" and Doris (Noska) Radeke Jr. Steve graduated from Belle Plaine High School in the class of 1970 and served his country in the United States Army from 1970 through 1973. Steve worked as a mechanic for Sindt Implement and later trucked for Schrader Excavating and most recently Justin Selk.

Steve was united in marriage to Joanne Schmidt on February 24, 1979 in Watkins. He was a member of St. John Lutheran Church in Keystone. He was also a member of the M.J. Kirby American Legion Post #107 in Blairstown, and the Keystone Turners, where he enjoyed bowling. Steve was very social and had a wonderful sense of humor. He loved spending time with his family, especially his grandchildren.

He was preceded in death by his parents; and two brothers, Allen and Robert Radeke.

Kathy Haar April 5, 2021, 8:07 pm Joanne, Scott, Chris & family: At this difficult time, may you find comfort in the friendship and support of all those who care. My heart goes out to all of you, I wish for you the comfort in the strength he gave you, the love he wraps your heart with and the Lord’s healing power to get you through this very difficult time. He will be so missed, he had a great sense of humor.

“The best and most beautiful things in the world cannot be seen or even touched. They must be felt with the heart”. Helen Keller

Sending you thoughts and prayers for healing and comforting. - Kathy Haar