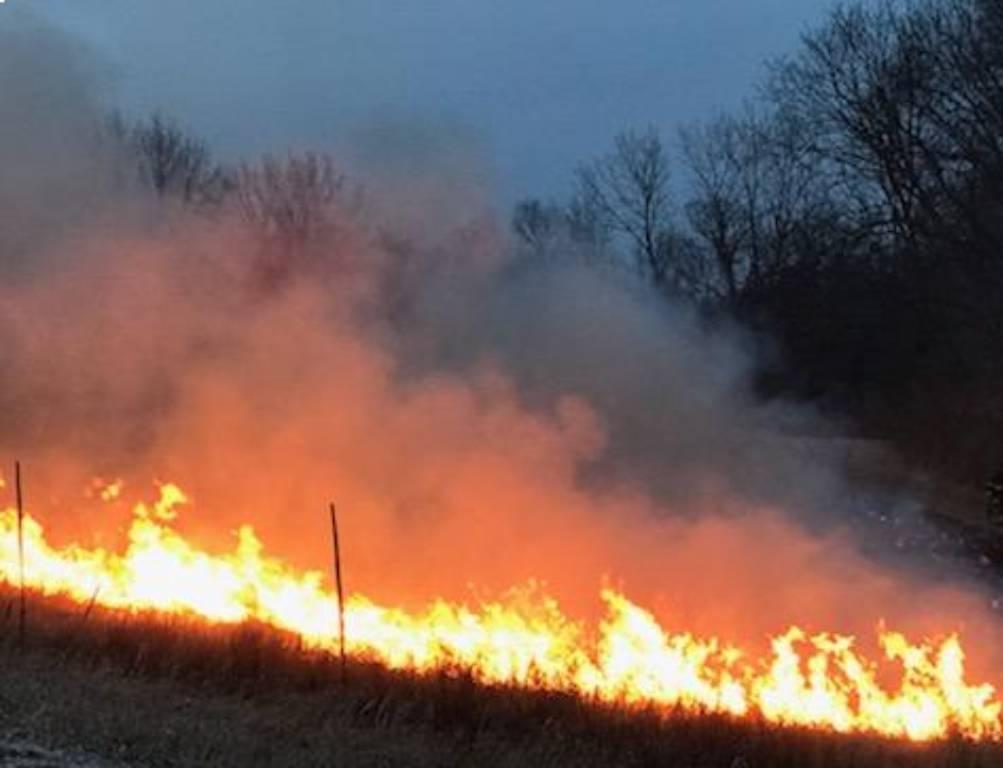 If you saw smoke on Monday evening, there was a fire. However, it was a fire started by the Canton-Benton-Shellsburg Fire Department, The department was conducting controlled burns north of Shellsburg. Denny Gardemann, Fire Chief in Shellsburg explained that there are property owners that contact the department to do controlled burns. He said that "typically it’s CRP ground that the landowner is required by the government to burn every so many years. 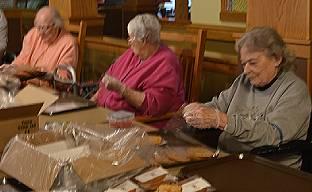 There wasn't a single cookie monster in sight, at Windsor Manor on Tuesday. There were however residents lending a hand to the Vinton Fire Department. The residents gathered and gloved up to help bag cookies that will be part of the Annual Fish Fry Fundraiser for the Vinton Fire Department. The residents enjoyed serving their community by helping to bag about 250 chocolate chip, monster, snickerdoodle, sugar and peanut butter cookies.
advertiser content 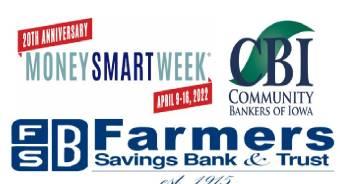 Farmers Savings Bank & Trust, in conjunction with Community Bankers of Iowa (CBI) is once again sponsoring the CBI Money Smart Week Poster Contest to motivate elementary school students to learn about finances. Money Smart Week was designed by the Federal Reserve Bank of Chicago as part of a financial literacy public awareness campaign. Events were cancelled in 2020 and held virtually in 2021 due to the COVID-19 pandemic.

VINTON TODAY - March 21st, 2022 9:43 pm
The path of destruction from the tornado on March 5 is evident at Maplewood Cemetery on Vinton’s west side. Several monuments were damaged and many just toppled over from the strong winds.Tom Boeckmann, President of Vinton Monuments, announced today that he has been working to re-set undamaged monuments. Boeckmann said that “there appear to be about fifteen monuments that are not damaged but need to be re-set. 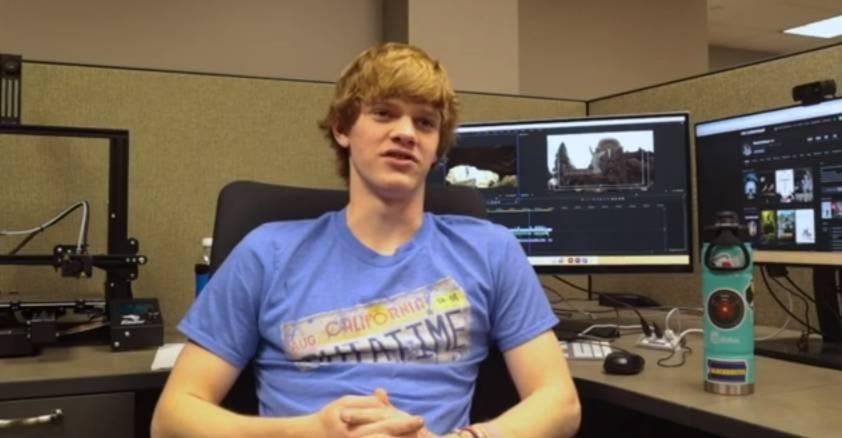 William Penn University is a private university in Oskaloosa and home to one of Vinton-Shellsburg's graduates. Noah Lindauer is part of the Film and Video Production class at William Penn. He had the opportunity to put together a short film entitled, "Attraction: Small Town Iowa." He wrote the film, as well as edited and produced it. The segment was aired on the Fox station in Des Moines on Sunday.
advertiser content 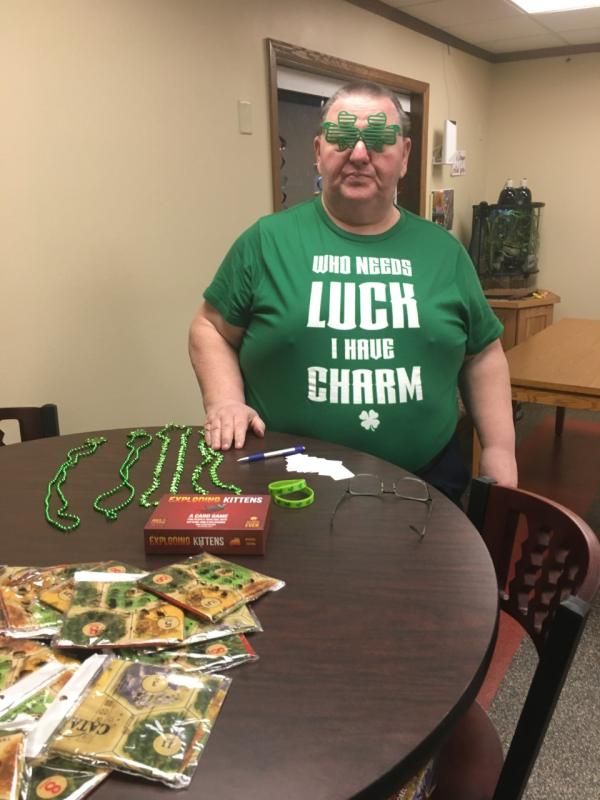 Englishman Kevin Jones wears his luck of the Irish shirt (and shamrock glasses) for leading Friends of the Library game night March 17. Kevin and his wife Becky hosted a previous Friends game night during Christmas break and did so again on St. Patrick's Day. The couple hosted the tabletop Game Night at the Center Point Library. Besides being a good sport, Kevin is pastor of the Center Point First Christian Church and also a substitute teacher at CPU. 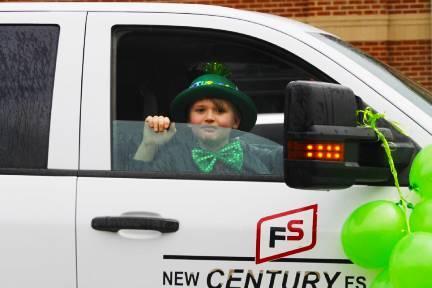 It was the first St. Patrick's Day parade that many in Dysart had ever attended. It was also the shortest parade any had attended. Just a block long, Dysart was full of smiles promptly at 12:15 p.m. The Mayor, Tim Glenn said that he had always wanted to have a St. Patrick's Day parade, and he finally can say that Dysart pulled it off. Going for the "shortest parade in Iowa" status, I'm pretty sure they qualified. 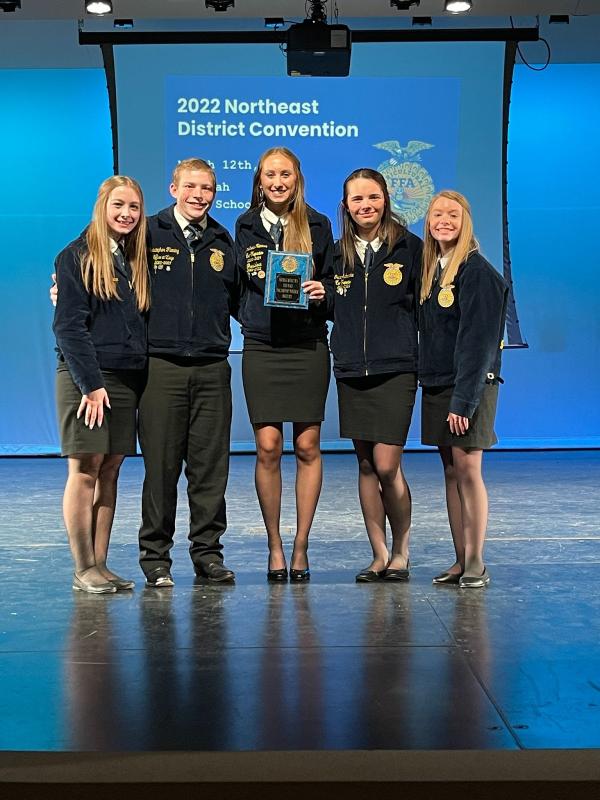 By: Co-Reporter, Grace Schminke On Saturday, March 12th, the Vinton-Shellsburg FFA Chapter traveled to Decorah to compete at the District Convention. Members arrived at the school at 5:30 am to prepare for each of their competitions. Each team put in countless hours of practice and work for this day and all tried their hardest. After each team's competition members were allowed to go and watch other teams compete and cheer on their chapter members.

IOWA 21 INTERSECTION WITH U.S. 30 TO CLOSE MARCH 28 FOR INTERCHANGE CONSTRUCTION