Entertainment : ACT I to present 2nd show by Tom Milligan 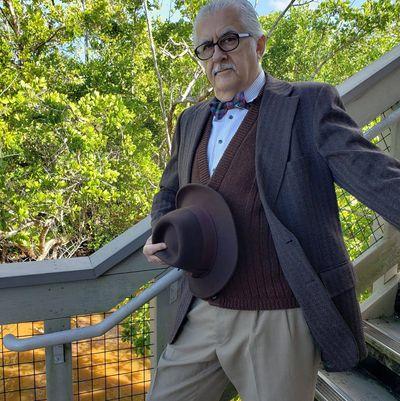 ACT I would like to thank the community for their support during this past year during the pandemic. As a special treat to the community, the group will present Tom Milligan in three different presentations. Milligan performs one-man shows highlighting the lives of three different men. The first show was in September. The second show will take place at the Palace Theatre on October 17 and is free to the public.

Mark your calendars for the following times.

The American Dreamer, The Life and Times of Henry A. Wallace, will be presented by Milligan. Based on the book by the same title, Milligan portrays Wallace. An agricultural innovator, founder of Pioneer Hi-Bred Seed Corn Company, U.S. Secretary of Agriculture, and Vice President under Franklin Roosevelt he was admired by many and branded a Socialist during his 1948 campaign for president.

In the hour-long presentation of Cartoons and Conservation: A Visit with Ding Darling, Milligan plays Jay N. "Ding" Darling an editorial cartoonist with the Des Moines Register. The show takes a trip through the life of Darling from observing the natural world to developing his skills as a cartoonist. A known conservationist the story discusses the introduction of the Duck Stamp to the creation of the National Wildlife Federation. Darling's work is still felt today.

Next Entertainment Article
In Depth: No Time to Die

Previous Entertainment Article
In Depth: Shang-Chi and the Legend of the Ten Rings

Barb Beau September 2, 2021, 1:28 pm Thank you Act 1 for bringing Tom to the Palace.! He is a wonderful performer. A must see!!
advertiser content