Entertainment : Cast of Tongue Twisted will leave you chuckling 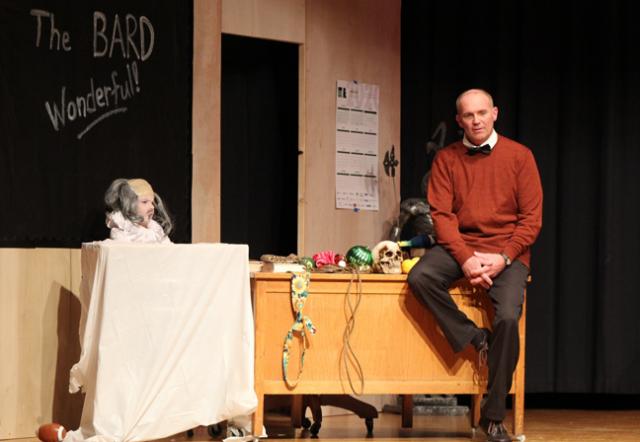 With a cast of 21 actors and actresses, children and adults, and in between, the Wolf Creek Players presented a delightful play at the Union Middle School auditorium.

"Tongue Twisted" is a play with many twists, well tongue twists, that makes the audience want to try to repeat the tongue twisters along with the cast, while rooting for the cast as they say their tongue twisting lines.

The plot while twisted, is solved by Vinton's Rich Hainstock. As Mr. Moses Roses, Rich played the lead role in the show as the school teacher. While choosing a team for the Tongue Twisting Tournament he is sabotaged and discovers the twist that happened 30 years before.

Come on out for a family friendly and fun show.

The show takes place at the Union Middle School in Dysart with a cost of $10.

Next Entertainment Article
In Depth: Sonic The Hedgehog