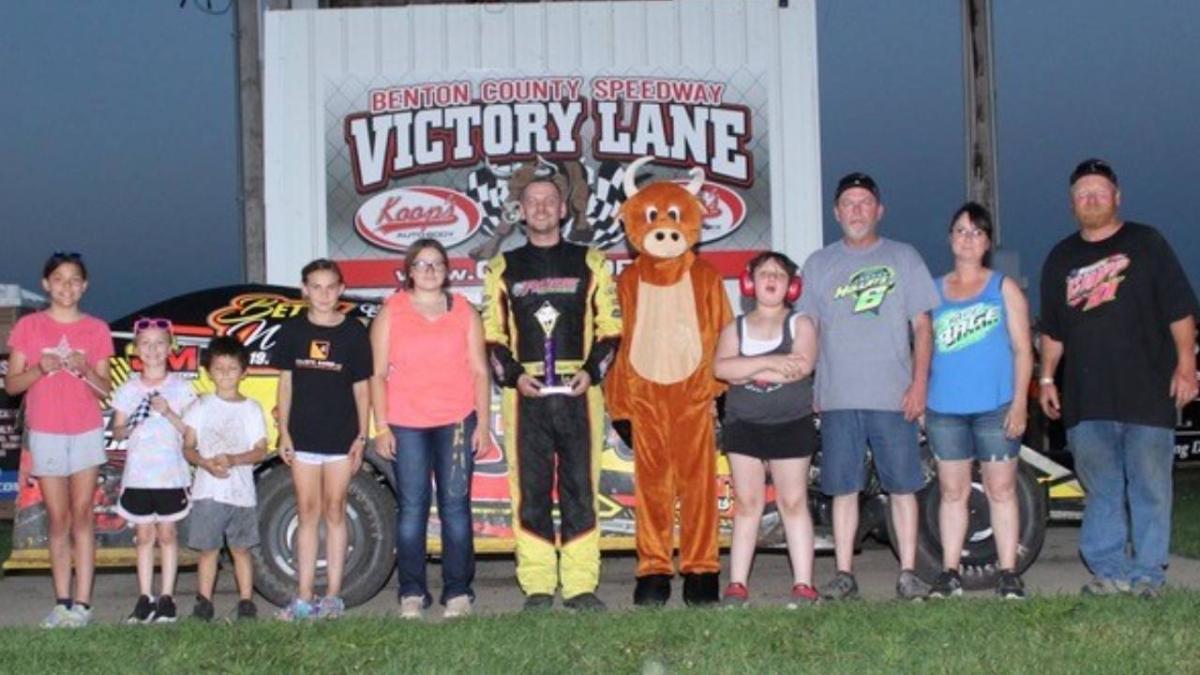 Brennen Chipp took the lead early and then powered away following a late restart to score his first win of the season Sunday at Benton County Speedway.

From his outside front row start, Chipp led the Friesen Performance IMCA Modifieds presented by KISS Country 96.5 to the green flag. He built a 1.5 second advantage by the time Troy Cordes made his way to second from the third row.

Just as the lead pair entered lapped traffic and Cordes cut into the lead, caution slowed action late in the 20-lapper. Chipp pulled away when racing resumed to pick up his first win at The Bullring since 2017.

Cordes chased Chipp to the checkers, followed by Joel Rust and Ryan Maitland.

Jay Schmidt earned his first win of the season in the IMCA Sunoco Stock Cars presented by Vermedahl Logisitics. Schmidt settled into the lead at the start of that 15-lapper to race to victory. Kaden Reynolds made a late surge to finish second ahead of Leah Wroten and Miciah Hidlebaugh.

Luke Bird raced to his first win in the IMCA Sunoco Hobby Stocks at The Bullring. Bird raced the high groove to the early lead, then held off persistent pressure from Bradly Graham to secure the victory. Michael Kimm and Joren Fisher completed the top four.

Travis Losenicky came from the fourth row to run down race-long leader Korey Lana in the Mach-1 IMCA Sport Compacts. Losenicky made the late pass to drive to his third win of the year. Lana, Dyllan Bonk and Nolan Tuttle rounded out the top four.

Jordan Miklas was declared the victor when apparent race winner Kaden Reynolds failed to make weight in the INEX Legends presented by Legends.Direct. Miklas recorded his third win of the season ahead of Michael Weber, Dave McCalla and Braxton Franks.

Racing action resumes in all divisions next Sunday, June 19 prior to the Benton County Fair later in the week.