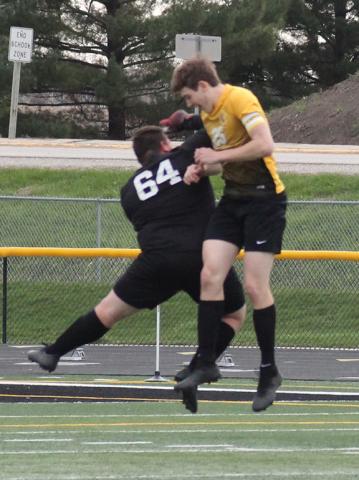 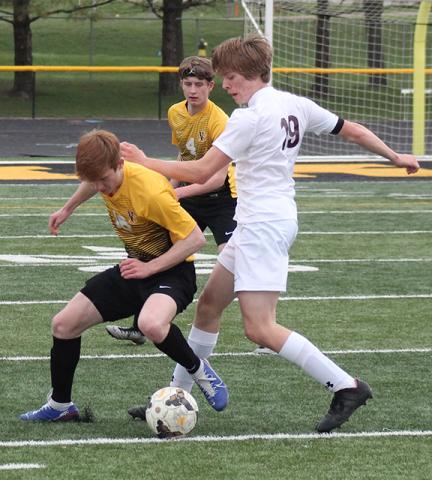 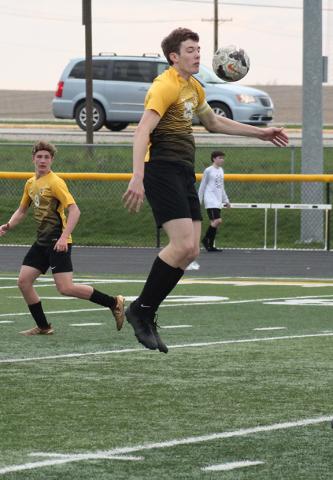 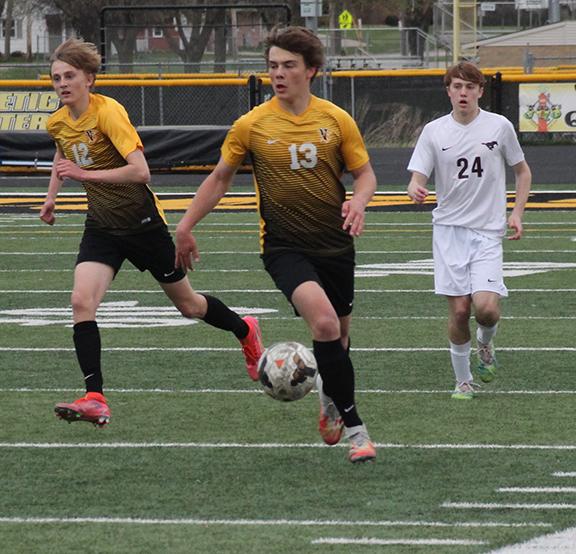 Cale Schulte (13) looks for an opening. 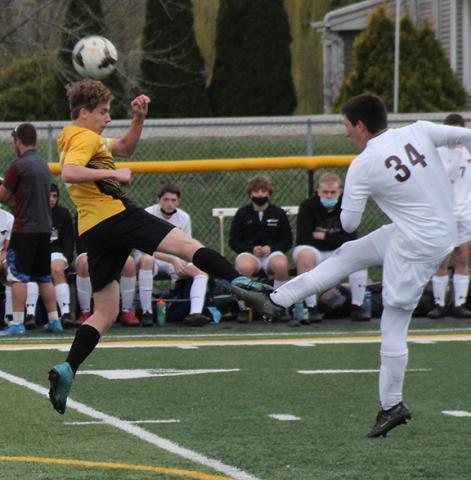 Damon Swenson outduels a Mustang for the ball.

VINTON - The Vikings took on the Mustangs of Mount Vernon at the Karr Athletic Complex on April 16 and earned an 11-3 win. Senior David Lapan-Islas scored five goals in the contest, giving him the program's single-game scoring record.

The Vikings increased their goal differential to 50-3 with the win. The Vikings moved to 6-0 on the season and saw their 45-0 goal streak just before halftime, as the Mustangs scored a penalty kick in the 36th minute. That broke a streak 436 minutes and 34 seconds of holding the Vikes holding their opponents scoreless. The Mustangs scored two goals in the second half, but the Vikings erupted for five more goals in the second half to win 11-3.

Next Sports Article
Carter, Reynolds thrill in opening night wins at the Bullring