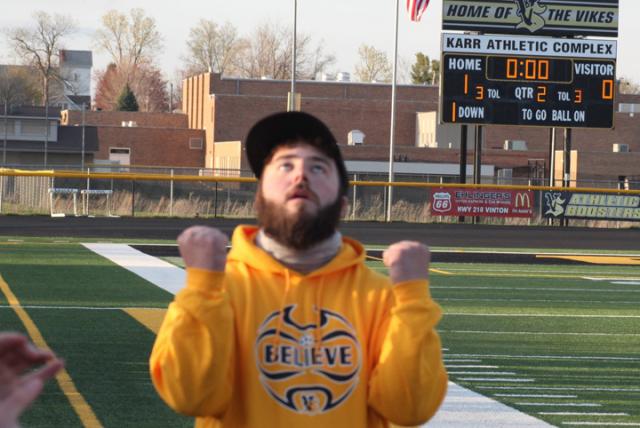 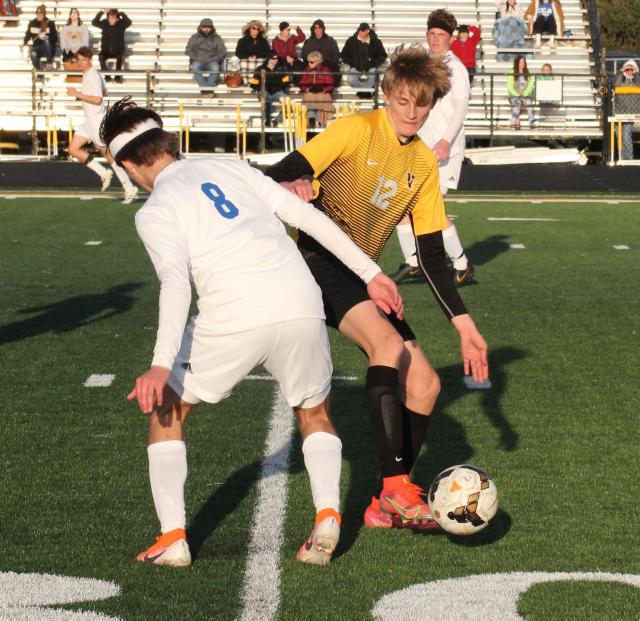 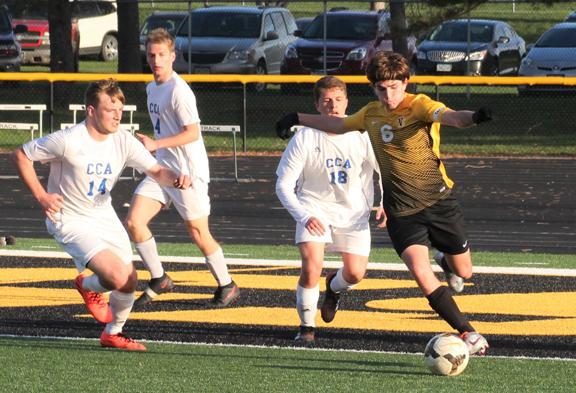 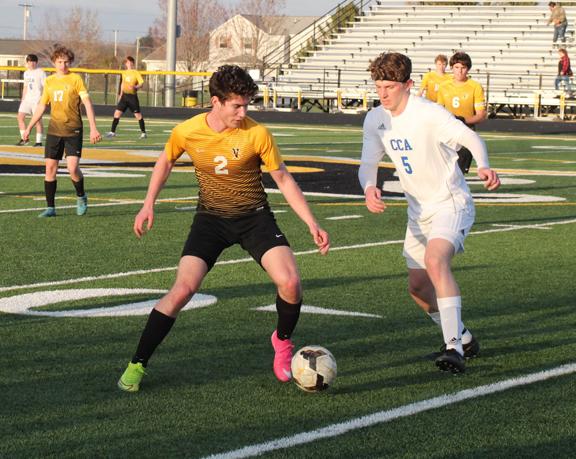 Viking Ryan Moore dribbles away from from a CCA defender. 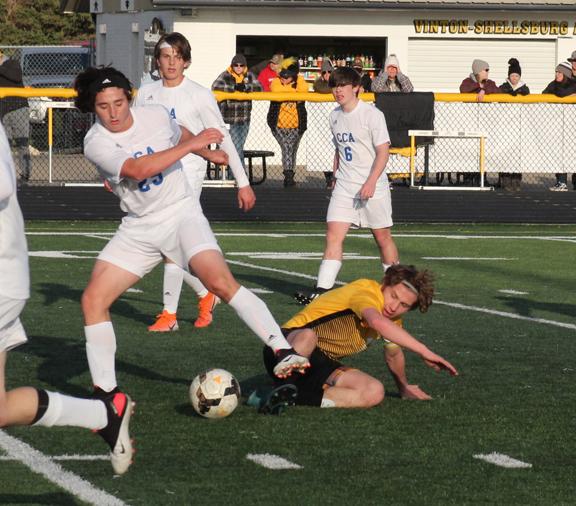 Amid a sea of flannel and camo, the Vinton-Shellsburg boys' soccer team honored a fallen teammate Thursday night with a dramatic 1-0 shutout of perennial power Clear Creek Amana at Karr Athletic Complex. The lone goal of the night came on a David Lapan-Islas penalty kick in the first half, but the difference in the contest came down to the Gold Rush defense.

"It starts with our midfielders and goes right back to the defensemen," said a relived coach Kyle McAbee after the game. "Our keepers have probably had to make 10 saves in five games and that's just incredible."

The Vikings (now 5-0 overall and 3-0 in WaMaC West play), moved their astonishing season-opening goal-differential to 39-0, as the Clippers -- like any other opponents this season -- were rarely able to get the ball into the Vikes' defensive end.

Thursday's game was played as a tribute to senior Mike Betterton who passed away in the fall of 2019. Fans were encouraged to either wear their MB11 tribute shirts, or Mike's signature look of plaid flannel or camoflage, as Betterton's 11 jersey hung next to the bench.

The Vikings will be back in action Monday night when the host Mount Vernon. Kickoff is set for 5:30 at Karr Athletic Complex.