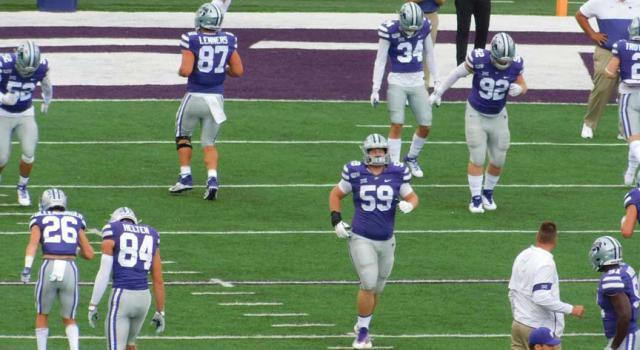 Along with two others, Drew Wiley, a Kansas State football senior, during the 2020 season was named a member of the 2021 National Football Foundation (NFF) Hampshire Honor Society.

The two other Wildcats who earned the honor were Tyler Burns and Brock Monty. The three are part of an elite group of 910 players from 255 different schools from across the NCAA divisions and the NAIA who qualified for membership in the Society's 15th year.

In 2007, the Hampshire Honor Society began to recognize college football players who maintained a cumulative 3.2 GPA or better throughout their college careers.

Wiley has also earned a Second Team All-Big 12 honors from the Associated Press as a senior, while he was an honorable mention pick by the league's coaches.

Next Sports Article
Defense, Camo and Flannel carry the Gold Rush past Clippers, 1-0