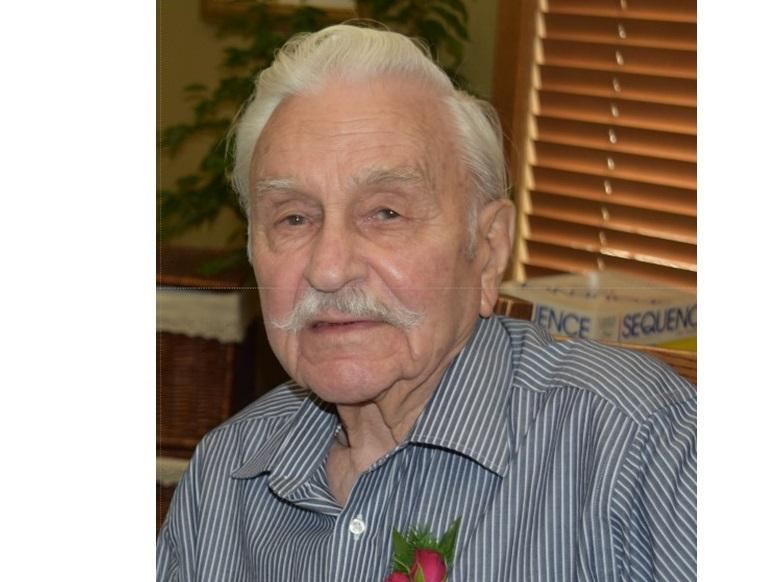 Howard C. Heaton, 96, of Perry died August 19, 2021, at the Eden Acres campus of the Perry Lutheran Homes in Perry, Iowa

Howard retired as a foreman from the Oscar Mayer pork processing plant after serving several years. He previously sold farm equipment to farmers throughout western Iowa and was a farmer for 13 years.

He was a native Iowan and served in World War II with the 194th Glider Infantry. He completed basic training at Fort Blanking, Florida, and Fort Benning, Georgia. Heaton flew behind enemy lines after D-Day and fought at the Battle of the Bulge. He helped take the Gestapo headquarters in Hamburg and ended his service in Berlin after Hitler died in January 1946.

A graduate of Vinton High School, Howard married Darlene Marie Wilson of Vinton in May
1944.

Active in the church throughout his life, he was a member of the United Methodist Church in Perry.

Howard is preceded in death by his father, Donald; and his mother, Faye; and two infant sons.