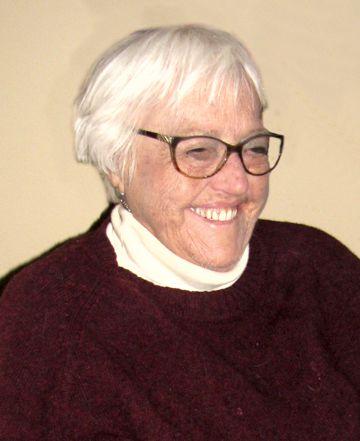 Patricia was born on October 6, 1935, in rural Benton County, the daughter of L. Wallace and Kathryn (Jewel) Driscol. Patricia graduated from Lincoln High School in Vinton in 1954, and Allen Memorial School of Nursing in Waterloo. She worked as a Registered Nurse at Schoitz Hospital in Waterloo, in San Diego, CA, and Virginia Gay Hospital until her retirement. She was united in marriage to David Anthony on June 27, 1972, at the First Christian Church in Vinton. Patricia and David traveled to almost all 50 states, where David worked as a seasonal National Park Ranger. They also enjoyed foster parenting for 13 years. Patricia was a member of the First Christian Church in Vinton.

She is survived by her daughter, Stephanie (Lawrence) Cyr of Missouri; 2 grandchildren, Emily (Brad) Harding, and Kathryn Keller; 10 great-grandchildren; 1 great-great-grandchild; and her brother Larry (Sandy) Driscol of Vinton.

She was preceded in death by her parents; and her husband David in 2013.

Rosemary Boisen August 9, 2021, 1:12 pm Pat, rest in peace dear friend and neighbor. Glad I have some of your favorite cookie recipes. You and David can now travel together again. My sincere sympathies to your family you leave behind.
Dorothy Clang-Scozzafava August 20, 2021, 9:46 am To Pat's Daughter, Stephanie and Grandchildren as well as brother, Larry, I express my sincerest condolences. Pat was a fellow classmate and 1954 graduate. I remember her as more of a quiet girl whose good grades were the benchmark for the rich and rewarding lifestyle and career she enjoyed. Rest in peace,Pat.
advertiser content