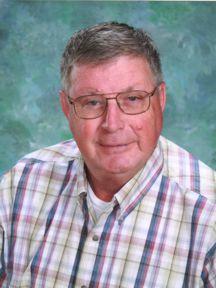 Dennis L. McFarland, 77, passed away peacefully on Monday, July 19, 2021, at his rural Brandon home, with his family by his side.

Funeral services will be held at 10:30 AM on Friday, July 23, 2021, at the Phillips Funeral Home Chapel (212 E. 6th Street) in Vinton. with Rev. Luke Evans officiating. Interment will be held at the Brandon Cemetery with U.S. Navy military honors. Friends may call from 4:00 until 7:00 PM Thursday at the funeral home in Vinton. A memorial fund has been established.

Dennis was born on May 16, 1944, in Waterloo to Harvey John and Pearl Marie (Marshall) McFarland. Dennis served his country in the United States Navy from 1963 until 1967, as a Boatswain Mate 3rd Class aboard the U.S.S. Okinawa. On April 29, 1967, he was united in marriage to Marie Bathen at St. Mary's Catholic Church in LaPorte City.

Dennis worked at John Deere Tractor Works in Waterloo for twenty-nine and a half years. He was a proud member of the Brandon Volunteer Fire Department from 1979 until 2018. Dennis enjoyed the outdoors, hunting, fishing, and camping were his favorite activities, as well as attending dirt track races and socializing. His greatest joy was spending time with his grandchildren

He was preceded in death by his parents; brother John McFarland; and sister Carla (Kenny) Kennedy.