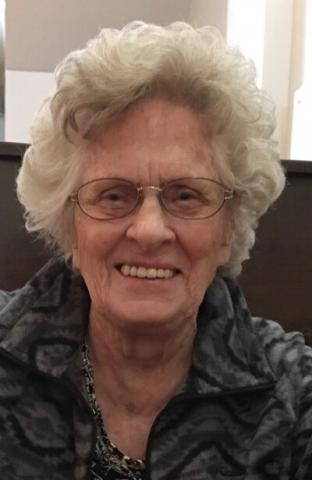 Marian L. Brecht, 97, of Marengo and formerly of Belle Plaine passed away following a sudden illness Wednesday, June 30, 2021 at the University of Iowa Hospital and Clinics.

A private family Mass of Christian Burial will be held at St Patrick's Catholic Church in Marengo with Father David Wilkening officiating. Burial will be in St. Patrick and St. Paul's Cemetery, Watkins. Memorials may be directed to the family. Online condolences can be sent to the family at www.neuhausfuneralservice.com.

Marian was born May 17, 1924 to Andy and Thelma (Cronbaugh) Siefker. Marian graduated from Belle Plaine High School the class of 1941. On September 13, 1945 Marian married Bernard C. Brecht at St. Patrick's Catholic Church, Watkins. Together they farmed and raised their four children. Marian also worked at the Ox Yoke Inn, Amana for 25 years.

Marian is survived by her children, Dennis (Yvonne) Brecht of Watkins, Deb Arntzen of Cedar Rapids, Ben (Dora) Brecht of Marengo, Barb (Craig) Forney of Ames; twelve grandchildren; twelve great-grandchildren with one on the way; in-laws Edwin, Eileen Brecht and Dorothy Brecht and many nieces and nephews.

She was preceded in death by her parents, and husband.