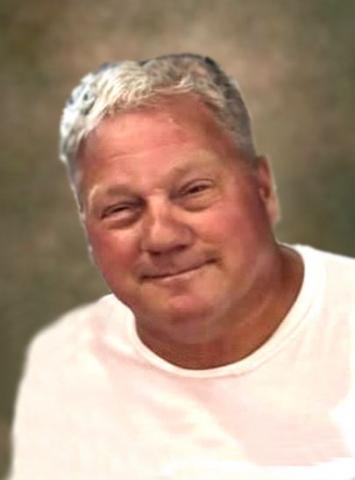 Jeff Kromminga, 61, passed away on Thursday, June 17, 2021, as the result of an accident at his Keystone farm.

Funeral services will be held at 2:00 PM on Tuesday June 22, 2021, at St. Andrew Lutheran Church in Van Horne with Rev. B. Andrew Wright officiating. Interment will be held at the Keystone Cemetery. Friends may call from 3:00 until 7:00 PM Monday at the Phillips Funeral Home in Keystone. A memorial fund has been established.

Jeff was born on March 27, 1960, in Cedar Rapids, to Edmund "Ed" and Genevieve (Konicek) Kromminga. He graduated from Benton Community High School in 1978, and Ellsworth Community College. On February 26, 1983, he was united in marriage to Darla Vitek at St. John Lutheran Church in Keystone.

Jeff spent the majority of his life within the Keystone community, but his impact and legacy are far-reaching. From a young age, Jeff preferred the outdoors. He began working at 16 as a hired hand on the farm. He graduated from Benton Community High School and completed his degree in Hog Husbandry at Ellsworth Community College. After college, Jeff began his life-long career as a Pork Producer with farrowing hogs and as a consultation and salesman for ventilation systems. As an owner of several small businesses and an entrepreneur, in 1997 Jeff lead the transition from farrow to finish hogs into custom feeding confinement operations. He was an active member of the Benton County Fair Board, Benton County Pork Producer Board, and received recognition as Master Pork Producer in 2005.

Jeff served the community in various ways. He was a dedicated member of St. John Lutheran Church, teaching Sunday School, serving on the church board, and lending a hand wherever it was needed. Jeff was a proud member of the Keystone Volunteer Fire Department for 30 years. He coached flag football and worked as a referee. In his spare time, Jeff was an amateur, self-taught woodworker who often made gifts for family and friends. He was humble in his craft.

Jeff was a devoted husband of 38 years, and together, he and Darla raised their two children on the farm. Their unique identities made them a good team, enabling them to face the challenges of life, side by side. He was always found in the stands or on the sidelines, encouraging and supporting his kids in their activities. Jeff loved to have fun, he was quick with a joke or a prank, and he will be remembered for his humor and generosity to all. He was a man of few words, but his work ethic, integrity, and devotion are legacy to his family and friends. He was a friend and neighbor to anyone in need, he never knew a stranger.

He was preceded in death by his parents; his sisters, Debra Rose and Denese; and his in-laws, Darloe and Lois Vitek.

Ron Luckeroth June 20, 2021, 8:50 pm Met Jeff at Woodturners Club. He will be missed, my sympathy to his family.
Terry and Judi Hertle June 21, 2021, 8:13 pm Our sincere sympathy to the whole family.
Bill and Teddi Newton June 22, 2021, 2:08 pm We were on the Benton County Pork Board with Jeff many years ago. We will always remember his humor and great smile. It was always great to catch up with old times every year at the fair. May you Rest In Peace, Jeff. We will miss you.