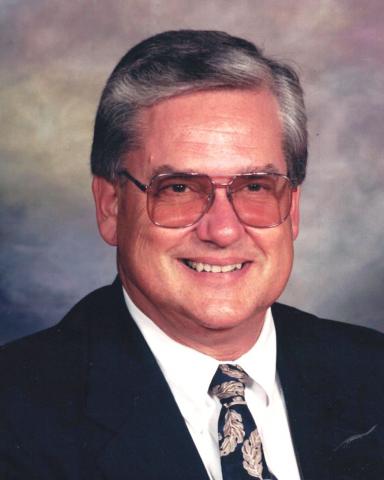 Robert J. "Bob" Phillips, 81, passed away Tuesday, May 11, 2021, at the Vinton Lutheran Home, where he had been a resident for the past three years.

Bob was born on December 1, 1939, in Aurora, IL to Lee and Nell (Oleckno) Phillips. He was raised in Sycamore, IL, and graduated from Sycamore High School in 1957. He attended The University of Illinois, Augustana College, and graduated from Worsham College of Mortuary Science in 1963. On May 27, 1961, he was united in marriage to Sharon (Miller) in St. Charles, IL.

Bob worked as a funeral director for Halligan-McCabe Funeral Home in Davenport, until purchasing Phillips Funeral Home in Vinton in 1972. Locations in Keystone and Blairstown were added later. Bob truly loved his career in funeral service and cherished the relationships with the families he served through the years. He was a member of Trinity Lutheran Church in Vinton and St. John Lutheran Church in Keystone during the 17 years he and Sharon lived in Keystone. Bob was active in his community and was a member of the Vinton Lions Club, Vinton Country Club, the former Vinton Chamber of Commerce and the Keystone Turners. Bob was an avid Iowa Hawkeye fan and I-Club member, and loved to travel to bowl games. He also loved spending time with family and friends at the Lake of the Ozarks.

He was preceded in death by his parents, and his sister Lt. Colonel Suzanne Phillips.

The family wishes to extend a thank-you and appreciation to Dr. Brian Meeker and all the staff at the Keystone Care Center and The Vinton Lutheran Home for the wonderful care given to Bob during his illness.