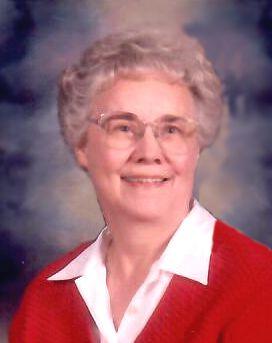 Blanche Viola (Bentrott) Garwood, age 88, passed away Friday, May 7, 2021 at her home at Garnett Place in Cedar Rapids with her daughter by her side.

Private family graveside services will be held at Evergreen Cemetery in Vinton later this summer.

Blanche was born on September 21, 1932 in Wheatland, Iowa, the daughter of William and Esther (Ihns) Bentrott. She graduated from Wheatland High School with the class of 1949. Blanche also graduated from Iowa State Teachers College in 1952 and later earned her B.A. from the University of Northern Iowa. She was an elementary school teacher for 30 years, serving 2 years at Lost Nation and 28 years at the Vinton Elementary School.

On May 27, 1955, she was united in marriage to Dale W. Garwood at Wesley United Methodist Church in Vinton. Dale Preceded Blanche in death in 1998.

Blanche was a loving mother, grandmother and great-grandmother. She had a special fondness for the outdoors, gardening, mowing, shoveling, feeding the birds and taking long walks. She also loved antiques as well as restoring them. Blanche was an accomplished quilter and wrote beautiful poems for her family.

In addition to her parents and husband Dale, Blanche was preceded in death by her son John Garwood in 2003; her brothers Merv Bentrott, and William Bentrott; and her sister Vernita Bolster.

Online condolences may be left at www.phillipsfuneralhomes.com