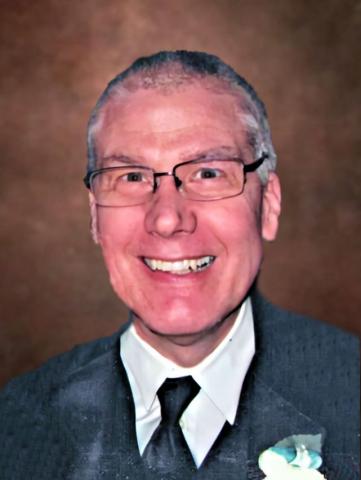 Funeral services will be held at 10:30 AM, Saturday, April 17, 2021 at St. Stephen's Lutheran Church in Atkins, with Rev. Douglas Woltemath officiating. Interment will be at 1:00 PM Saturday at Andover Cemetery, Andover, IA. Visitation will be held from 4:00 until 7:00 PM, Friday at the St. Stephen's Church fellowship hall in Atkins. The wearing of masks and social distancing will be at your own discretion. Memorials may be directed to the Huntington's Disease Society of America.

Terry was born, April 28, 1958 in Davenport, Iowa to Donald and Clara (Blondell) Speth. He graduated from Davenport West High School in 1976. Terry later graduated from Clinton Community College before attending the University of Northern Iowa where he graduated with a degree in Industrial Technology.

Terry married Carolyn Eggers on October 16, 1982 at Faith Lutheran Church in Andover, Iowa. Terry was employed by Kinze Manufacturing and later Whirpool, working with AutoCAD as a Draftsman. Terry enjoyed listening to music and most of all he treasured his time spent with his family. In his spare time, Terry enjoyed watching sports on television. He was an avid UNI Panthers and Iowa Hawkeyes fan.

He is survived by his wife of 39 years, Carolyn; daughters Elizabeth (Josh) Hlas of Van Horne; and Sara (Mike) Steuk of Waterloo; 2 grandchildren, Ryne and Lexi Hlas of Van Horne. Brother Dale Speth of Davenport.

He was preceded in death by his parents, and his brother David Speth.