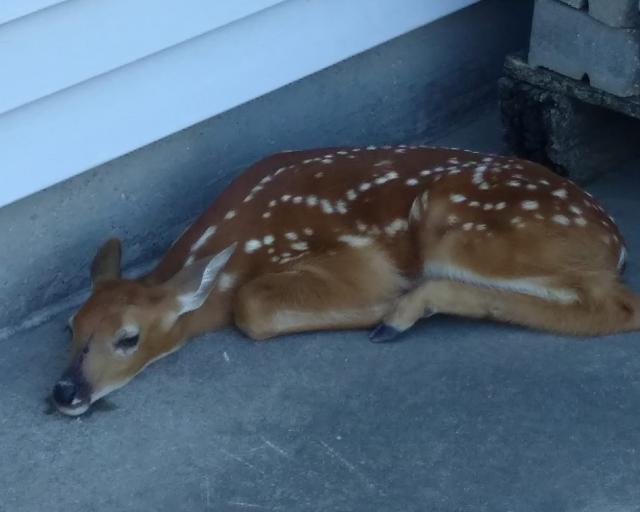 A baby deer, separated from its mother on Sunday morning, waited for its mother to return 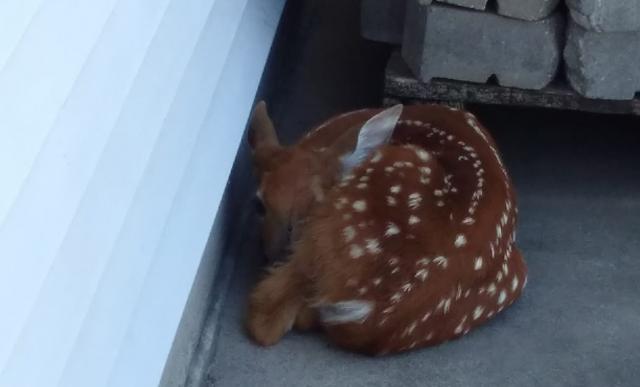 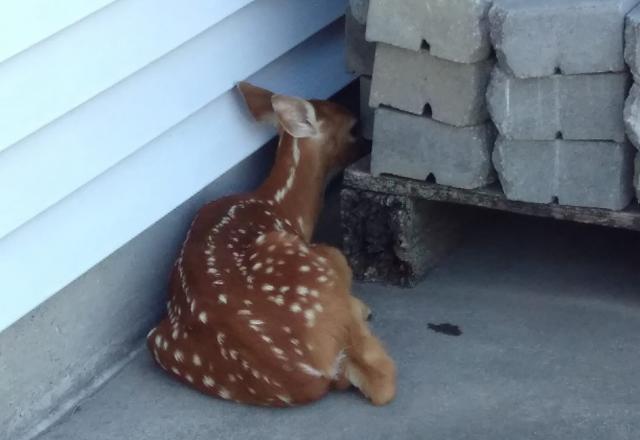 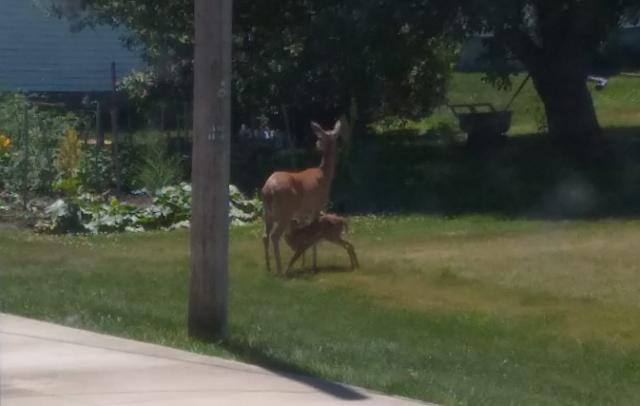 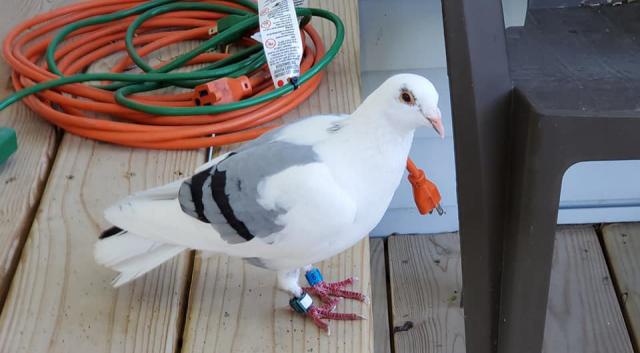 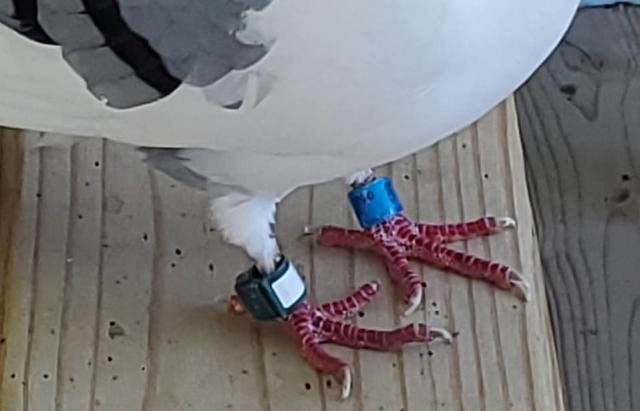 Sunday morning the Pohlmann family who live a block north of Tilford Elementary were surprised to find a fawn resting in the shade of their garage. After calling a neighbor called the DNR and with instructions not to touch the deer, the Pohlmann's kept an eye out for the mother to appear.

It appeared that the baby deer was bleeding from its nose, but with the assurance that the mother would come back for it, the family watched and waited, and waited. And waited. 4 hours later, the mother finally located that baby deer and the two wandered off to explore the rest of the town.

The Iowa DNR sent out a press release explaining how to deal with or how NOT to deal with wildlife, especially deer.

"Springtime means baby season for Iowa wildlife, beginning with the first hatched great horned owls in March on to June when most of the pheasant chicks arrive and nothing looks more innocent and cute than baby animals. Just check the internet.

And on occasion, these cute fluffy and feathery, clumsy and gangly babies are discovered all alone and "rescued" from their mother into a cardboard box and whisked to the nearest office of the Iowa Department of Natural Resources (DNR).

While the "rescuer" may have had the best intentions, they likely have doomed the very animal they aimed to save.

Many wildlife babies die soon after "rescue" from the stress of being handled, talked to, and placed into unfamiliar surroundings. Should it survive this trauma, they often succumb more slowly to starvation from improper nourishment, pneumonia or other human-caused sicknesses.

Rescuing a baby from its mother not only shows bad judgment, but it's also illegal.

"Most mammals are nocturnal. Mother will hide her young during the day so she can sleep or look for food so it's perfectly normal for the young to be alone or unattended during the day," she said. "Don't assume a fawn or a nest full of baby cottontails or raccoons are orphaned."

The transition to independence varies by species from as little as four or five days to weeks or even months. Most wildlife babies leave before they can care for themselves. They may become widely scattered during this fledgling period, but remain under the direct care and feeding of their parents.

As the morel mushroom season hits full stride, so does the number of calls to the Iowa DNR about finding "abandoned" fawns.

A fawn's self-defense is to remain motionless and blend in with the background vegetation, but that is often mistaken for abandonment. What callers don't realize is that mother is likely hiding nearby waiting for them to leave so she can resume taking care of her fawn.

"The Iowa DNR does not rehabilitate or raise wild animals to the point of self-sufficiency, and, because of the expanding presence of chronic wasting disease in the Iowa deer herd, we do not allow deer to be taken to a private rehabilitator to be raised and released," said Tyler Harms, biometrician with the Iowa Department of Natural Resources Wildlife Research Section.

Chronic wasting disease (CWD) is a fatal neurological disease that affects deer, elk, moose, and caribou. In some locations where the disease has been the longest, it is causing population declines. The disease can be spread through the saliva, urine, feces and blood of an infected deer. Once shed into the environment, the infectious agent, a deformed prion protein, can remain viable and infect healthy deer for years.

Infected does can pass along the disease to their fawns, if not before birth, afterward through grooming and close contact.

Infected deer may not show symptoms for about two years, making the disease difficult to find. There is currently no practical way to test live deer; the only way is to collect tissues (lymph nodes) from a dead deer and submit them to a lab for testing.

"We appreciate the passion people have to protect the fawns. We have it too. But, all it takes is one infected deer to be taken to a pen or other area where it can infect other deer and the environment, then the likelihood of any healthy deer getting sick at the facility increases dramatically," he said.

Harms said the best chance for fawns or baby ducks, raccoons, skunks and birds to survive is for them to be left alone, in the wild."

What appears to be a racing pigeon stopped at the Lehman home in Brandon as well on Sunday morning, and stopped again in the afternoon. The pigeons are specially trained homing pigeons which return to their homes over a carefully measured distance. The time it takes the animal to cover the specified distance is measured and the bird's rate of travel is calculated and compared with all of the other pigeons in the race to determine which animal returned at the highest speed. 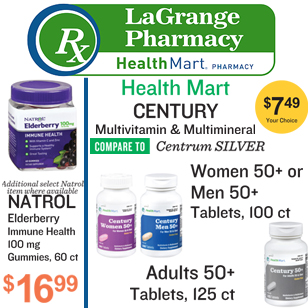