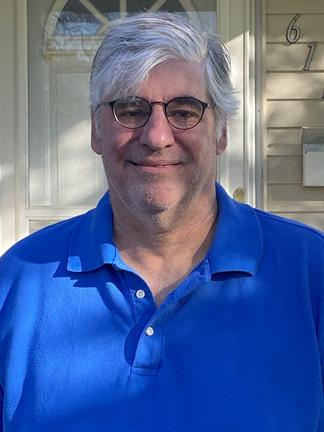 VInton Today asked our mayoral candidates, and the new council member candidates to submit a profile about themselves and to address any issues that they felt were going well, things that need to be improved, or goals that they would like to see accomplished in Vinton, and of course, anything else they'd like to share.

I have always been a political person, but it has taken me 64 years to actually jump from voter/campaigner role to the candidate, a write-in candidate at that. So, we go.

My family - myself, my dad Don and my mom Barb and our cats Blackie and Sox - moved to Vinton in the summer of 1961. We became members of the Vinton Presbyterian Church, Dad began a 32-year teaching and coaching career, Mom began working at a string of different businesses over 34 years, and I was soon on my way to 13 full years as student in the Vinton Community Schools. Over the intervening six decades, a lot has happened in my life, and while I have been all over the world, the best and most important things have all happened right here in Vinton.

Our amazing son Sage is a proud alum of VSHS, and currently a student at Kirkwood Community College, while working at KwikStar, and running in 5Ks whenever he can find them.

Angie and I resurrected The Vinton Eagle in 2005 and it remains to this day as my proudest professional accomplishment. I think it's because after years of hearing from the community - including the years we lived in Kansas - that they wanted something better than they had, I felt compelled to do something. I have always felt that if enough people come to you to ask you for your help for something, you should probably do something because they believe enough in you to ask you in the first place.

People have asked me what my agenda or my issues are as a candidate for City Council. First, I have no agenda. People who run for office with an agenda -- more

often than not -- don't have your best interests at heart; only their own. My agenda is making a better community than the one we have today, which is already pretty good.

As for the issues my issues are all of them. When we owned the Eagle I once had a US Congressional candidate stop by my office for an interview. When I asked him what he hoped to accomplish as Congressman, and he listed one issue and one issue only (what it was is irrelevant). When I asked about other issues, he would refer to his previous one, and say "I don't care about those things I'm running for this one purpose."

I'm not a one-issue candidate, or one-issue human for that matter. Every issue in Vinton concerns me, as it should anyone who hopes to be part of our leadership.

It's funny to think that not only am I running for the 3rd Ward Council seat, but that I've been a resident of the Ward for the majority of my life. And what makes that cool is that what's happening in Vinton is mostly happening in the 3rd. Between the Braille School development, the new Emergency Management building, the expansion of J Avenue, and the business development that is already on the table, the 3rd is where it's happening.

This is why it is important to have someone in the Council chamber who is focused on the big picture, not just the picture they see out of their own small window. We need someone who is not looking to win but is looking toward working with all sides to find the collective right answer for everyone in the 3rd and in the City of Vinton.

So, there you have it as a write-in candidate, I'm an automatic longshot, but that's OK. As was the case 16 years ago at the rebirth of the Eagle, enough people have asked and encouraged me to be their representative for the 3rd Ward that I feel compelled to run for the position. Apparently, they think I have something to offer. If elected, I will be proud to serve the 3rd Ward and the City of Vinton in the best way I know how because Vinton has always been home.