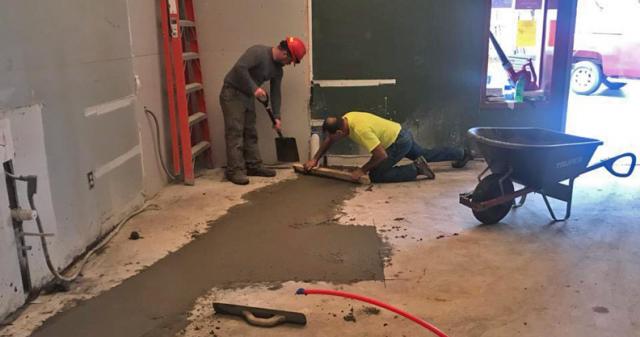 According to the Palace, demolition took place in just five hours a week ago Saturday. "This week Edwards Plumbing removed cement for floor sinks and roughed in plumbing, Allan Merchant replaced cement, and Mike Morrow, with the expert assistance of his father, Dave, began framing the new concession stand."

The Palace is officially closed due to the Corona virus, but people volunteer all year long, and sometimes you catch them at it...even if it's a bit late, thanks Allan and everyone working so hard to make updates at the Palace!

Next Entertainment Article
Vinton Palace to Continue Popcorn Sales, but Movies are on hold

Editor’s note: You of course are correct, I did know that but forgot to check and see which word I should use! Thanks!

So, concrete was removed and replaced at the Palace.