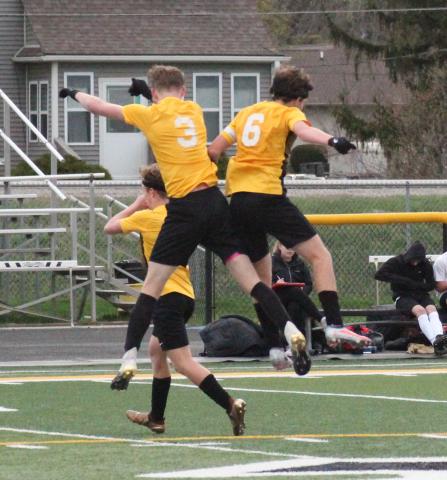 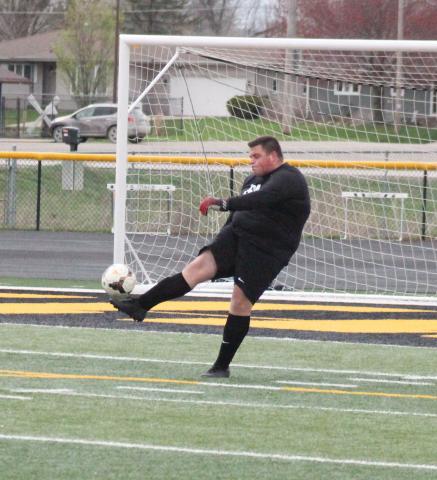 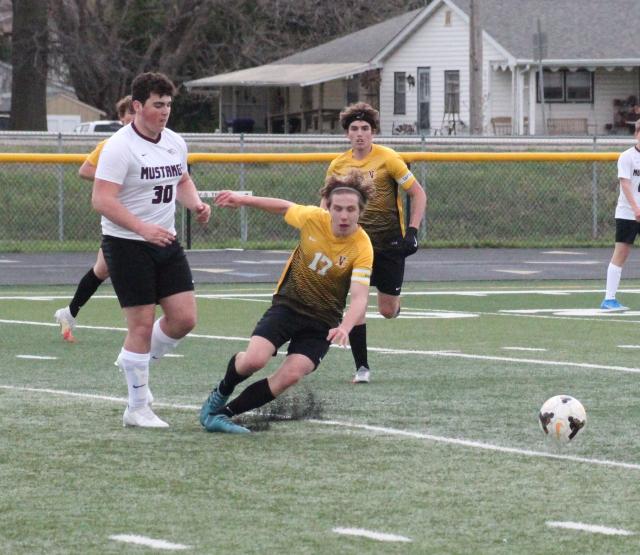 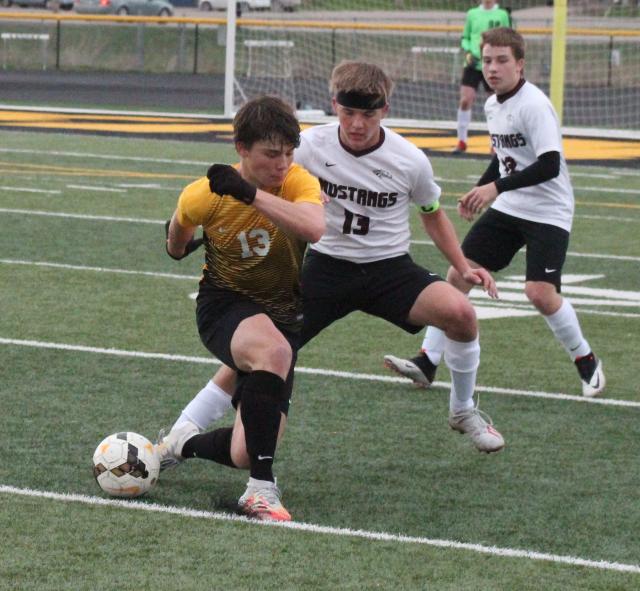 VINTON - The 7th-ranked Vinton-Shellsburg Viking varsity soccer team took to their home field to take on the Independence Mustangs, and came away with a 4-0 shutout.

The match was scoreless at halftime, but the Vikings erupted for four goals in the second half, two each by seniors CJ Rickels and David Lapan-Islas. Lapan-Islas's first goal came at the 62:45 mark, followed just three minutes later by his second. Rickels' first mark came at 67:49 and the second at 71:09.

The Vikings came into the game ranked 7th in the state in Class 2A by the Iowa Soccer Coaches Association, but this afternoon, MaxPreps released rankings that had the Vikings rated fourth overall in the state, behind only 3A powers Marshalltown, Johnston and Waukee.

The Vikings lead the state with a 28-0 goal differential.

"This team is unbelievable," said Viking coach Kyle McAbee. "We've scored all these goals, but our defense has been great...in three games we've only had about 10 shots on goal against us.

The Vikings will return home after taking on the Maquoketa Cardinals at Goodenow Field in Maquoketa on Tuesday, April 13 on Thursday, April 15 against Clear Creek Amana Clippers and Friday, April 16 against the Mount Vernon Mustangs.