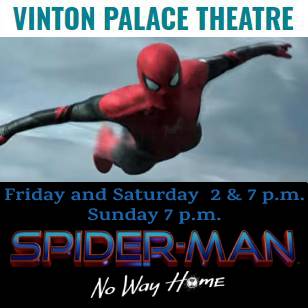 Pregnant women have found themselves a casualty of the many restrictions and concerns related to the pandemic. For a brief time, until the outcry persuaded the governor to issue an executive order allowing women to have labor support, hospitals in New York were prohibiting laboring women from having any labor support-including their partner. Pending location, some women are being told they'll have to wear a mask during their labors even when they're not sick. Women who do test positive are being told in many hospitals that their babies will be separated from them for 2 weeks post-birth to minimize the risk of transmission, despite the fact that the WHO, RCOG, and the CDC recommend that the mother be given informed consent and have the final decision. The first two actually recommend AGAINST the mother being separated from their baby, arguing that PPE can be effectively used and that the antibodies and the bonding the baby receives by staying with their mom and breastfeeding far outweigh the risk of the virus.

Restrictions aside, women now are faced with the very real fact that if they're planning a hospital birth, they may be giving birth in a hospital that is treating COVID-19 patients, thus increasing their risk of coming into contact with the virus.

Understandably, women are looking for better options. For some women, that option lies in community birth: birth outside of the hospital. Midwives throughout the United States, including right here in Iowa, have reported a massive increase in inquires related to home birth care since the beginning of the COVID-19 pandemic. Midwives who typically receive 3-5 inquiries a month from women interested in giving birth at home began to see 3-5 inquiries per DAY at the outset of the virus..

For those unfamiliar with out-of-hospital birth, there are some great resources that can familiarize you with the process as well as the research. The evidence bears out that for low-risk women, giving birth at home is just as safe as giving birth in the hospital. In fact, giving birth at home greatly reduces the risk of interventions. What's most impressive about planned home births for low-risk women is that the cesarean rate is just 6%! For those unfamiliar with cesarean rates, the national average is about 33%. 33 out of 100 women who enter a hospital to give birth will ultimately end up with a surgical birth, whereas just 6 out of 100 women planning a home birth will have a cesarean birth. That's a huge difference and one that should not be so wide. For reference, the World Health Organization states that an expected and healthy cesarean rate should not be more than 10-15%, yet here in the U.S. we're sitting over 30%.

Women deserve to have full informed consent and access to all options at any time during their pregnancies and births, but especially now with so many concerns raised due to the pandemic.

Women who are interested in learning more about home birth can visit the resources below to find out what home birth in Iowa looks like.

"Why Not Home? The Surprising Birth Choices of Doctors and Nurses" is part of a home birth serieswhich is streaming free on YouTube through the end of April 2020.

Bethany Gates, CPM, is a midwife providing community birth options to women in Eastern Iowa. You can find her at www.shiphrahbirth.com.