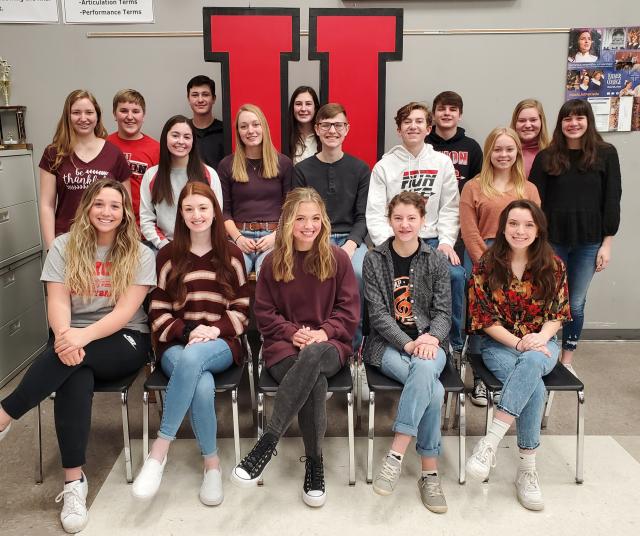 Union is also proud to announce that 3 alumni of the program also had Musical Theatres named All-State at their prospective schools: Casey Tecklenburg at Hudson, Jess Larison at Grundy Center and Austin Pauling at Western Dubuque.

A unique aspect of the Iowa High School Speech Contest is the fact that all schools in the state compete on an equal basis regardless of size. There are no classifications by school size. Union has created quite a tradition when it comes to quality musical theatre performances. Since 2002, 32 musical theatre entries from Union to be named to the All-State Festival. This is no small feat as most schools hope to have one entry get selected for this prestigious honor every few years. However, Union has become a constant fixture at the All-State Festival for musical theatre. They have also had the honor of being named the Banner-winning Critique's Choice Award winner as the top performance in the state 3 different times in those 18 years. In 2021, Union was the only school in the entire state to have all of its entries named to All-State.

A public performance by the 3 groups will be part of the annual UHS Variety Show in May. More details to follow.