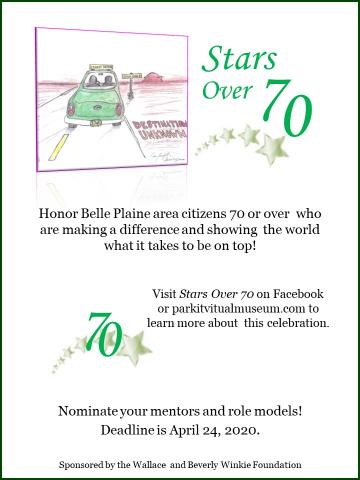 The Wallace and Beverly Winkie Foundation announces nominations are now being accepted for Stars Over 70, a celebration of those individuals in the Belle Plaine area who are at least 70 years of age and contributing to their communities through volunteering, working, or serving as role models.

The nomination window opened on April 1 and will remain open through April 24. Anyone may make a nomination.

Nomination forms, along with more information on nomination criteria and events celebrating the Stars Over 70, will be on the foundation website (parkitvirtualmusuem.com) beginning April 1.